The Build a Strategy Game Development Bundle will help you to start making your own strategy game from scratch, with 14 hours of content. 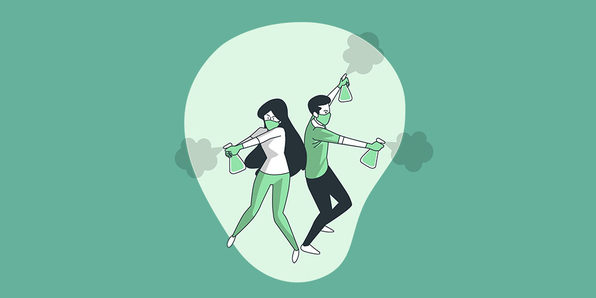 Master the foundations of strategic game development by creating a turn-based, micro-strategy game about building and managing a colony on Mars. Using the popular Unity game engine, this course will walk you through the process of basic strategy game mechanics, including resource management, grid placement, and beyond. Not only will you boost your overall game development skills within Unity, but gain essential, fundamental knowledge for coding a variety of strategy game systems that can be expanded further for larger, turn-based projects.

In this course, you will learn the basics of AI and State Machines in Unity through this step-by-step guide to putting together an Enemy AI. You will learn to achieve this with a very simple but extensible State Machine, which you will be shown how to write from scratch. You will also be guided through setting up the animations, along with simple attack and health systems which are displayed in the UI. With concepts that can be transferred to a wide range of different game types and scenarios, this course enables you to create more complex and immersive games than ever before.

Delve into combat for your real-time strategy games by learning to set up attack mechanics. Starting with a project that has unit movement and resource gathering already implemented, you will be shown how to script units to attack and damage enemies using a state machine. By the end of the course, you will have gained advanced knowledge of creating state machines in Unity and how they can be further expanded to add action to your strategy games.

Learn to implement resource gathering in your real-time strategy game projects – all within the popular Unity engine. Building on an existing project with unit movement, you will learn to set up 3D model trees that can be actively harvested by units and used to control unit spawning. Not only will you gain vital skills in creating state machines, but also learn how to set up unit command scripts, cameras, and more to enhance your project’s gameplay.

Improve the security of your multiplayer networks by adding user authentication to your games. Using Unity and Microsoft Azure PlayFab – a backend platform for live games – master the foundations of PlayFab and learn how to work with APIs in Unity as you create a system featuring basic user accounts and login systems. With PlayFab, you will also take the first steps into LiveOps strategies, where you’ll learn how to keep players returning by making data-driven changes to your game after launching.

Create a turn-based, strategy game in Unity using Photon – a free, popular networking framework. Through this course, you will learn to create a strategy-based 1 vs. 1 game where players can command units and battle each other for survival. Learn not only the networking skills needed to make a multiplayer experience but also how to make a compelling, tactical based game!

Learn to create a fully playable City Builder Game with this comprehensive course! This tutorial will guide through the steps needed to create a 3D Isometric Turn-Based City Builder game, which you can customize by adding new types of buildings, resources, and management formulas to make it into the city-builder you always wanted to play. This tutorial will also give you tips and tricks for getting the most out of gameplay, from how to add different buildings to your game, to maximize your revenue and population through resource management.

Tower defense games are an ever-popular style and make a great addition to any game developer’s portfolio. This course will show you how to build a complete, working tower defense game using Phaser 3, a modern, cutting-edge framework that is perfect for making HTML5 games. With JavaScript, ES6, and Node.js, you will create a game that scales to any device and encourages repeat play by featuring progressively harder levels for the player to complete.

Start Your Journey Into Real-time Strategy Game Development in Unity by Learning How to Select, Move, & Coordinate Units By ZENVA | in Online Courses

Learn to build real-time strategy games by starting with the foundations of unit movement in Unity. Through this course, you will be shown how to set up 3D models as units that can be selected and moved to various points clicked on a map. The techniques developed here can be scaled to any number of units, providing you with the necessary skills to expand to resource management, combat, and more for any strategy game sub-genre.

Construct a Strategy Game with Godot

Discover how to build your own strategy game using the free and open-source Godot game engine. While developing a 2D city-building game, this course will teach you several fundamental systems required for a multitude of strategy games, including resource management calculations and turn-based gameplay flow. Through this, you will create a game project worthy of any portfolio while gaining an integral understanding of skills that can be applied to your future projects.