Apple has temporarily shuttered its Walnut Street Apple store location in Philadelphia, as protests over the police shooting and killing of Walter Wallace Jr. continue.

Apple announced the temporary closing of the store, which is located at 1607 Walnut Street, in an update to its retail web portal on Wednesday. The store’s hours are now showing it as closed at least through November 4. Apple has not commented as to why it has temporarily shuttered the store, but the move is believed to be related to the ongoing protests in the area. Apple has also not commented on when the store might reopen. 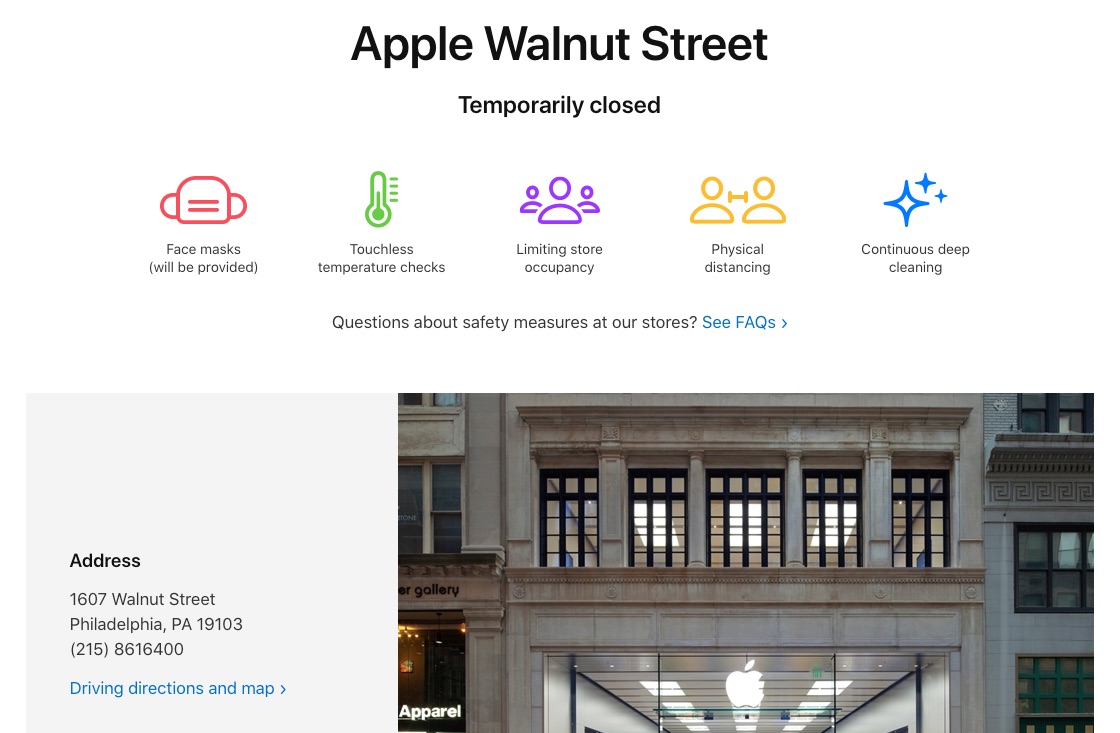 Tuesday saw demonstrators clash with police for a second night around the city, reports the Philadelphia Inquirer. The protest’s epicenter was in the area of the intersection of 52nd and Market Streets, where Wallace was killed. Looting was reported in other areas. Philadelphia mayor Jim Kenney on Wednesday announced a 9 p.m. citywide curfew

The Philadelphia Apple store location was one of a number of Apple retail locations that were targeted by looters in May during the nationwide protests over the police killing of George Floyd. Apple boarded up or removed inventory from many of the stores that were located in at-risk areas.