While Apple hasn’t shared any iOS 14 installation statistics of its own, but the Mixpanel iOS 14 adoption tracker monitors the number of devices that have each operating system installed.

At the time of this article, Mixpanel’s numbers show that iOS 14‌ is installed on more than 46.54% of devices, which is just a little more than equal with the 46.18% of devices running iOS 13. The numbers fluctuate on an hourly basis as new devices are activated and older devices are updated. 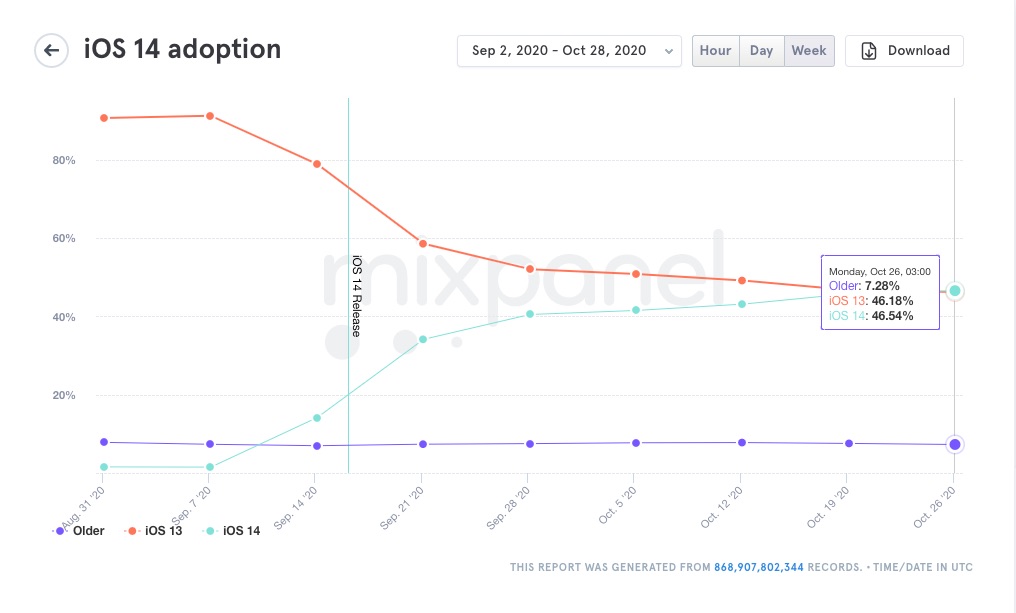 iOS 14 installations are expected to surpass those of iOS 13 in the next few days and should continue to increase from there. Currently, 7.28% of devices run a version of iOS earlier than iOS 13, and those are likely older devices that cannot be upgraded to a newer version of iOS.