The availability of Apple’s new HomePod mini continues to tighten up, as shipping times across Europe have already slipped into next year.

In the United Kingdom, for example, the delivery time for both space gray and white HomePod mini devices have slipped to five to six weeks. MacRumors reports German customers are seeing shipping times as long as six to seven weeks. 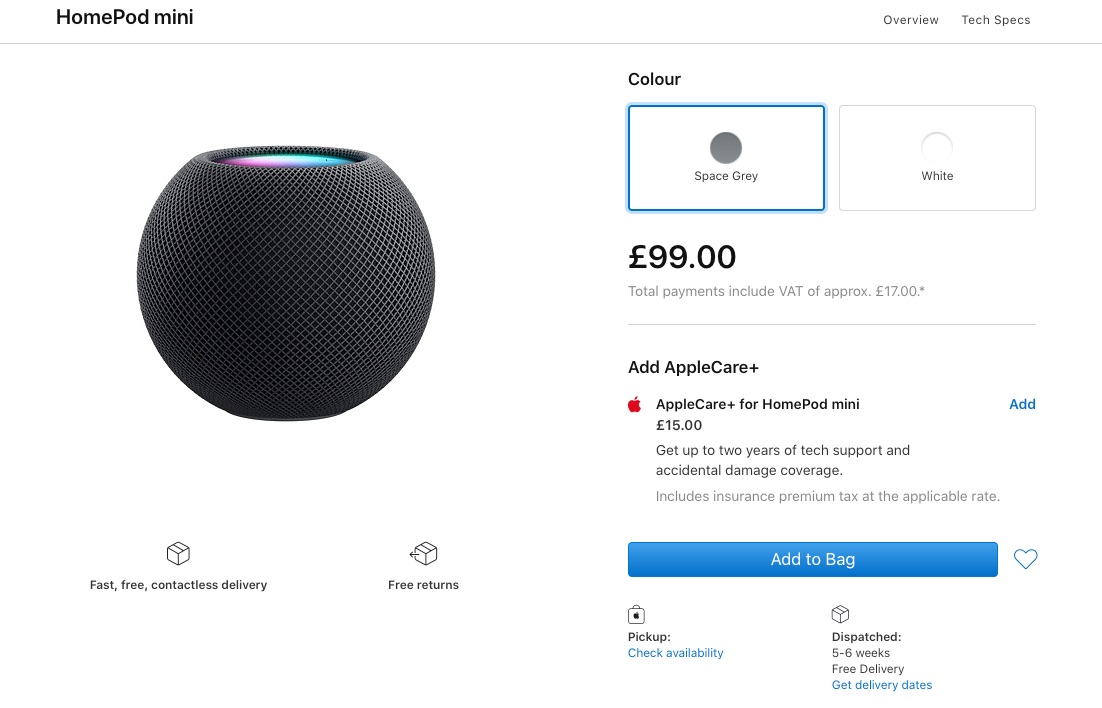 If you’re in the U.S. or India, there is a chance that if you order today you may still be able to get one in time for holiday giving. If you’re anywhere else in the world, you may be SOL (simply out of luck).

Sample shipping times around the globe are as follows: Canada sees the space gray HomePod mini shipping estimate at four to five weeks and the white model will ship in five to six weeks. Meanwhile, shipping estimates in Hong Kong, Japan, and Australia, range between four and six weeks. (In India, either color of the HomePod mini is seven to 10 business days.)

U.S. customers can still expect to receive one of Apple’s new smaller smart speakers in the range of two to four weeks, depending on the color.