Apple has shut down all of its California stores, as COVID-19 cases continue to rise in the state. The company began shuttering stores in Los Angeles on Friday and closed the rest of its golden state stores over the weekend.

All California retail stores have a notice informing customers that the stores are temporarily closed. However, some are allowing order pickups and genius bar appointments through December 22. The stores will remain closed at least through the holidays.

The closings are part of the shuttering of Apple stores around the globe. 9to5Mac says 95 Apple stores across the globe have reclosed since Monday, December 14. 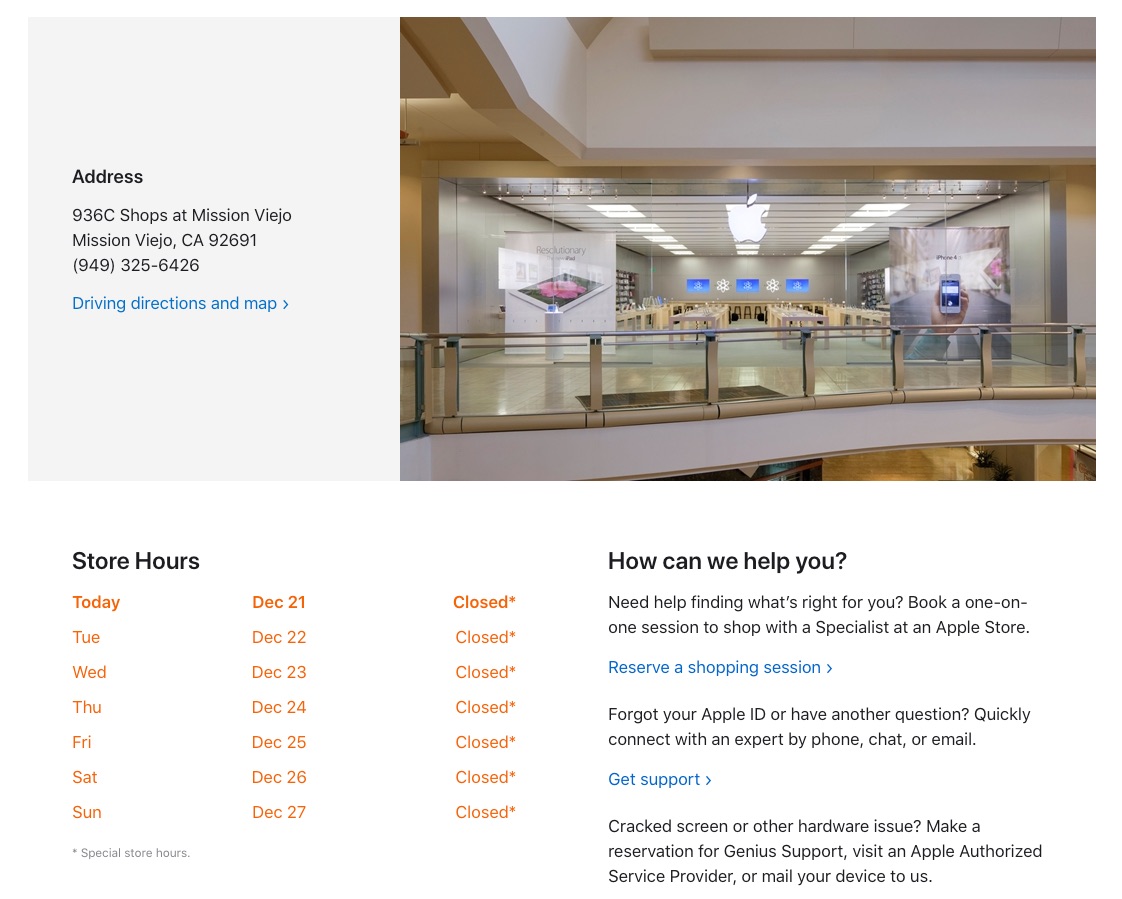 Stores in Tennessee were closed this weekend, and stores that are located in the UK’s Tier 4 restriction areas shut down as of Sunday. 18 stores in Germany and the Netherlands were closed last week, and stores in Mexico and Brazil closed over the weekend.

In most stores that are still operating in the United States, Apple is operating in a limited “Express” capacity, which allow for pickups and genius bar appointments but not in-store shopping.