Apple is researching the use of Mac keyboards with small displays on each key that can dynamically change the label on each key, says a newly-granted Apple patent filing.

The filing, originally spotted by Patently Apple, is titled “Electronic devices having keys with coherent fiber bundles” and was granted to Apple by the U.S. Patent and Trademark Office on the final patent day of 2020.

The patent includes a description about how the keys on a keyboard could have “an associated key display” connected to “control circuitry in the keyboard” via a “coherent fiber bundle.” Each key would be “formed from a fiber optic plate” with “opposing first and second surfaces.” 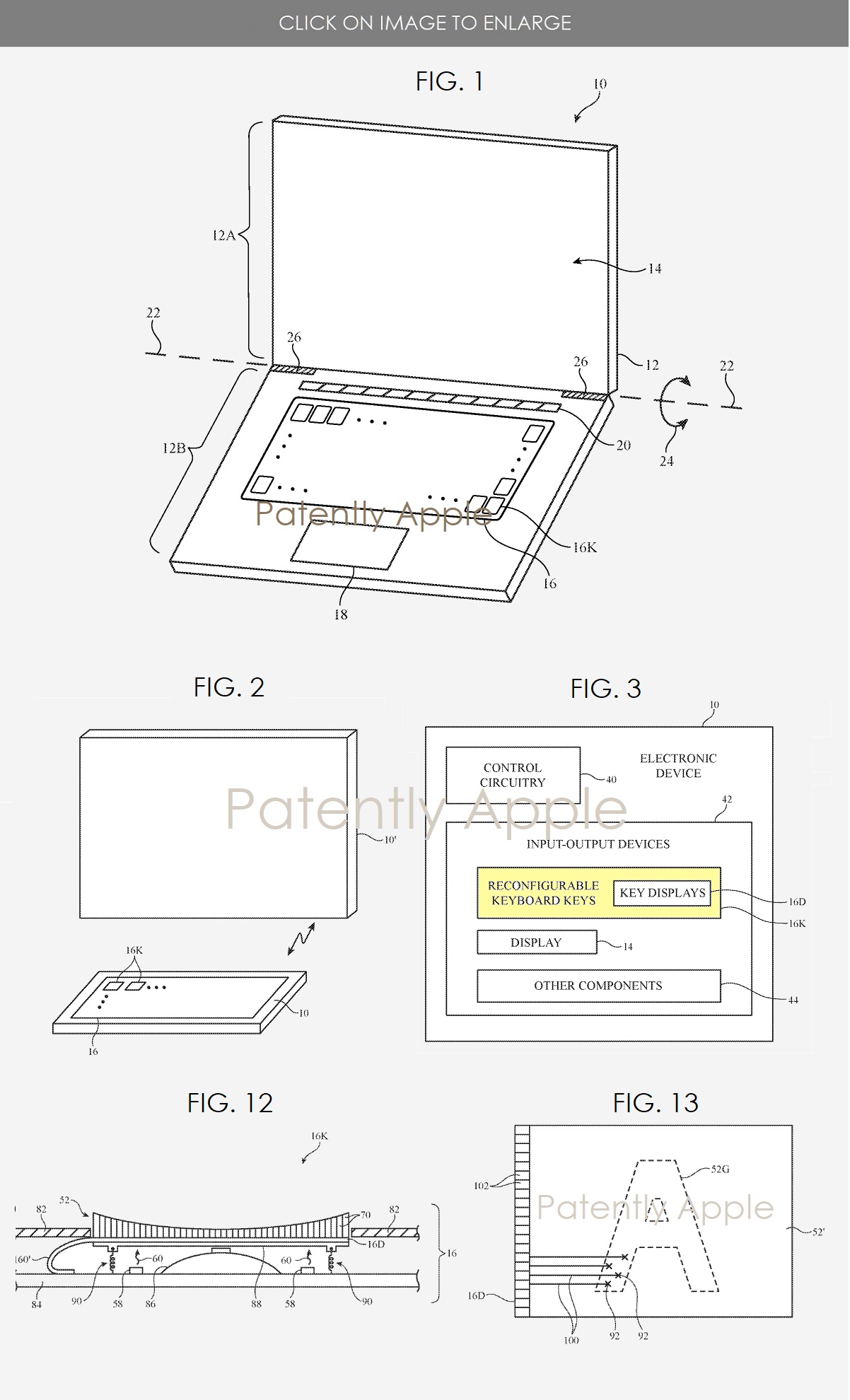 Possible uses for such a keyboard could include, but would not be limited to:

It may be desirable to reconfigure keyboards dynamically to accommodate input for different languages, to temporarily convert a standard keyboard into a gaming keyboard in which keys correspond to particular in-game actions, or to otherwise modify the behavior associated with pressing the keys in the keyboard.

Images included in the patent show how an adaptive keyboard could be used in both a laptop’s keyboard as well as a separate keyboard for use with desktop computers.

While not all patents result in physical products that are sold to the consumer, they do provide an interesting peek at what Apple is currently researching and developing.