A new set of “leaked” renders claims to show off the design of Apple’s upcoming third-generation AirPods. New AirPods could be unveiled during a much-rumored Apple event later this month. 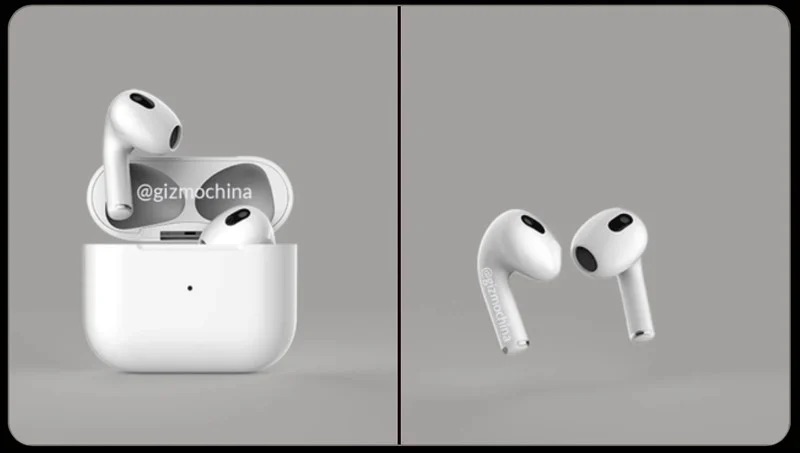 The renders were shared by Gizmochina, which claims to have received the renders from a “supplier.” The images depict ‌AirPods‌ with a shorter stem, similar to the AirPods Pro, and a smaller charging case. This information lines up with reporting from Bloomberg which states that the design of the new ‌AirPods‌ takes inspiration from the ‌AirPods Pro‌, although they will lack certain Pro features such as Active Noise Cancellation.

As always, any report like this should be taken with a grain of your favorite sodium-free seasoning. However, it should be noted that the Twitter account that shared the renders, @Duanrui1205, has shared accurate information in the past.

It should also be noted that the renders also match up well with previously leaked alleged real-life images of Apple’s upcoming AirPods. The new AirPods are said to feature a smaller stem as well as replaceable ear tips.

Apple is rumored to be holding a virtual spring event on March 23, where the Cupertino company may unveil its much-rumored AirTags, new iPad, and possibly the third-gen AirPods.