Allegedly accurate renders of Apple’s next MacBook Air show that the next generation of the popular ultra-light notebook will feature a new design and will be available in a range of colors similar to the 24-inch iMac lineup. The images come from leaker Jon Prosser.

In a new video posted to the Front Page Tech YouTube channel, Prosser elaborated on his previous prediction that Apple’s next-generation ‌MacBook Air‌ models will come in a range of colors and showed renders depicting the new machines.

Prosser’s renders are reportedly based on leaked images of a MacBook’s aluminum enclosure. Prosser said that he believes that the leaked images showed a ‌MacBook Air‌ due to the laptop’s ultra-slim profile and dissimilarity to leaked schematics showing next-generation MacBook Pro models. Prosser says that the MacBook Air‌ design is no longer tapered, but it is considerably thinner overall. 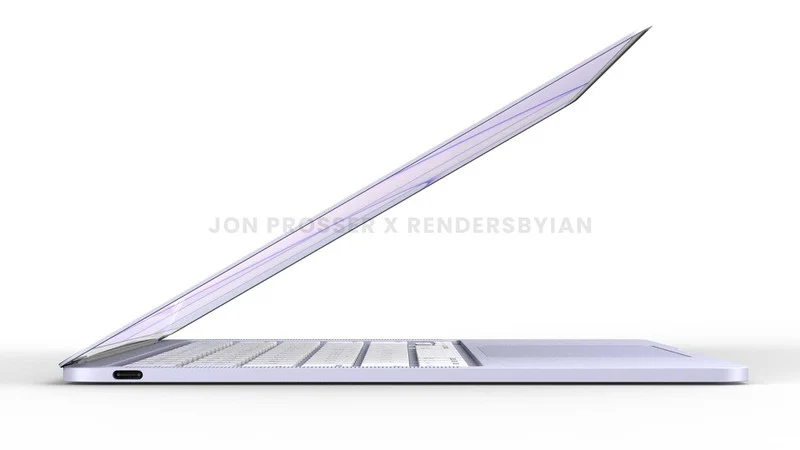 The ‌MacBook Air‌’s keyboard will apparently be white and will feature full-sized function keys. The larger function keys are said to have forced the pushed the location of the keyboard down, thereby reducing the size of the trackpad. 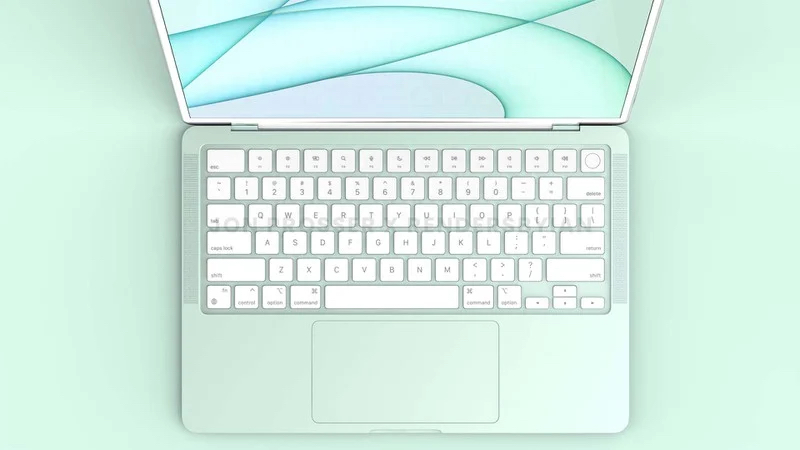 The renders show the new MacBook Air as sporting two USB-C ports, one located on each side of the laptop. Prosser says no MagSafe port was included in the leaked images, so one was not included in the renders. Bloomberg‘s Mark Gurman earlier this year said that the next ‌MacBook Air‌ and MacBook Pro would feature the return of a ‌MagSafe‌ connector with faster charging speeds.

The bottom of the MacBook Air will also show changes, having two long vertical strips in place of the current four rubber feet that are used for support.

Prosser gained knowledge of a Blue and Green ‌MacBook Air‌, but there will be color options to mirror the 24-inch ‌iMac‌’s color palette. The colors will apparently be “very close if not identical to the shades that you see on the stands for the new 24-inch iMacs.”

Prosser said that the redesigned ‌MacBook Air‌ will launch toward the end of this year if it launches in 2021 at all.