Encrypted messaging app Signal has had an ad campaign on Instagram blocked after it attempted to show users how much data is collected by the Facebook-owned company, and how it is used to target ads.

In a blog post, Signal said it generated the ads to show users why they were seeing them. Signal pulled this off by declaring upfront the information that the advertising platform relies on to perform its targeting.

“We created a multi-variant targeted ad designed to show you the personal data that Facebook collects about you and sells access to,” said Signal. “The ad would simply display some of the information collected about the viewer which the advertising platform uses. Facebook was not into that idea.”

The ads used Signal branding and displayed the user’s profession, education level, interests, hobbies, location, and relationship status, as well as other personal data points harvested from the user’s interaction with the platform. 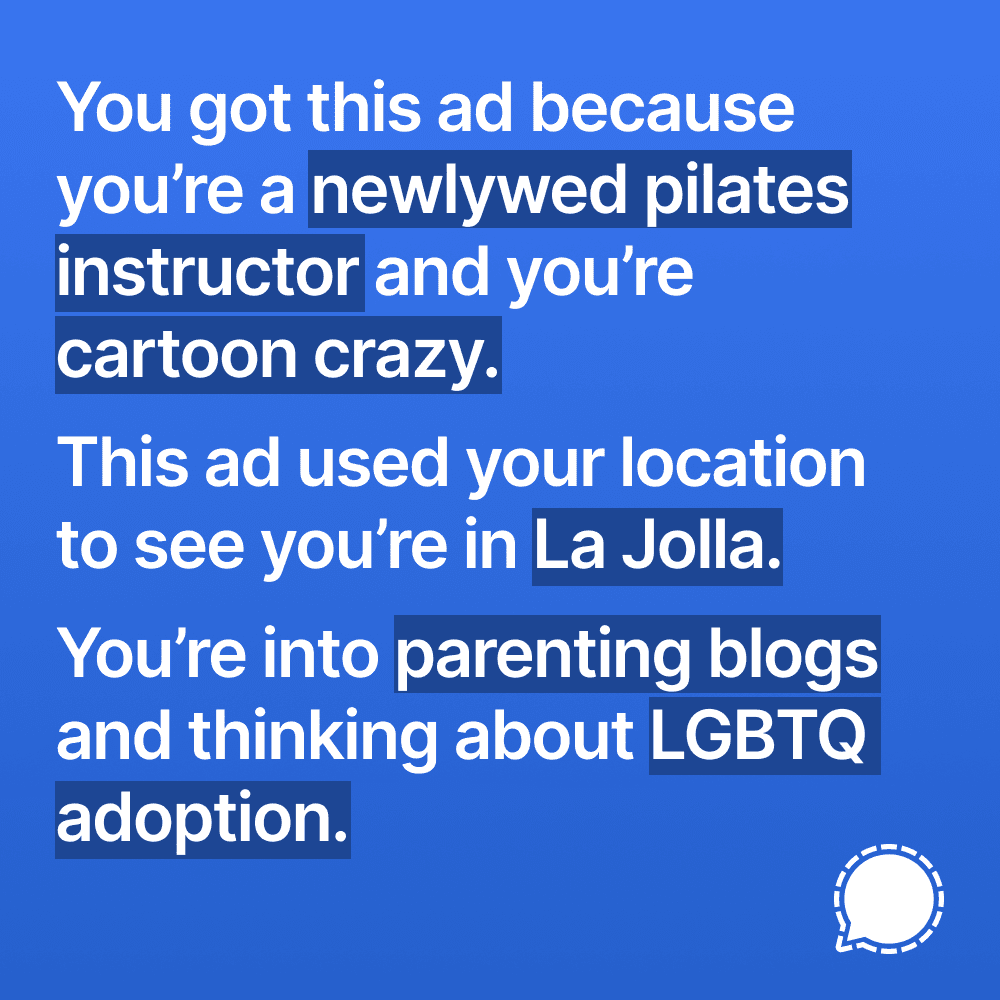 “Facebook is more than willing to sell visibility into people’s lives, unless it’s to tell people about how their data is being used. Being transparent about how ads use people’s data is apparently enough to get banned; in Facebook’s world, the only acceptable usage is to hide what you’re doing from your audience.”

Facebook says this is an advertising stunt on Signal’s part, saying the messaging service never actually tried to run the ads. Signal says it did try to run the ads and had its ad account disabled as a result.

We absolutely did try to run these. The ads were rejected, and Facebook disabled our ad account. These are real screenshots, as Facebook should know. pic.twitter.com/6ZKiA6nr2e

Signal is a secure messaging app that uses end-to-end encryption, vanishing messages, and other features to prevent monitoring of users’ messages. The service has seen a recent surge in popularity, following WhatsApp’s controversial privacy policy update. (WhatsApp is also owned by Facebook.)