Apple’s Apple Watch Series 7 was released last Friday, and as is traditional, iFixit has performed that teardown voodoo that they do so well on the new wearable. The teardown was performed on both the 41 and 45mm versions of the watch, and it gives us a peek at the internals of the new smartwatch.

iFixit says both batteries boast slightly wider dimensions, but as noted by iFixit, the increase is likely to power the new, brighter displays rather than extending battery life. 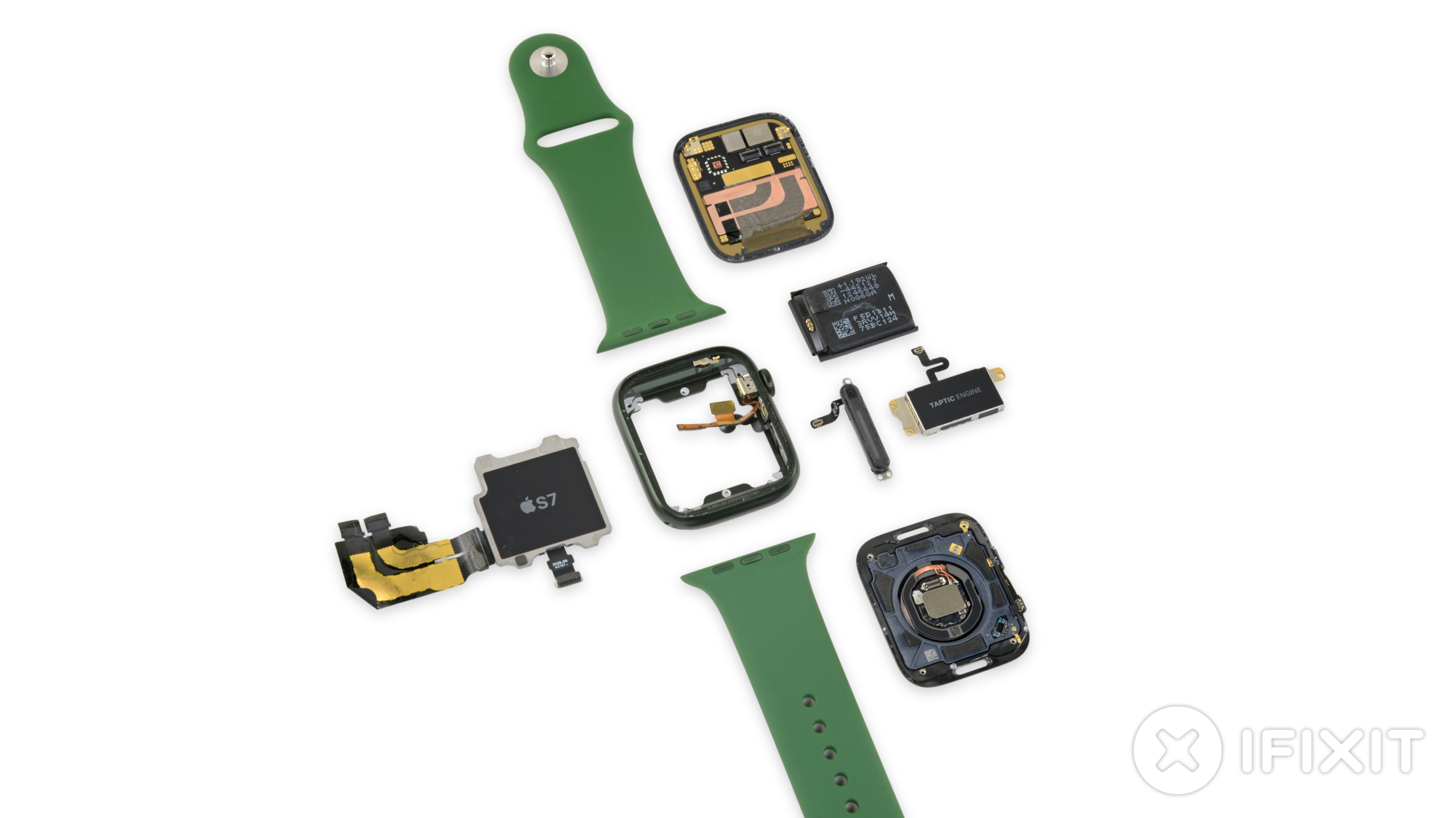 While the internal components of the Series 7 are similar to its predecessor, the Series 6, but there are some differences, such as a missing bracket where the diagnostic port was once located.

The Series 7 is rated at IP6X dust resistance and there are some new ingress-protection measures such as a mesh covering the speaker grille. The removal of the diagnostic port may also have been removed to contribute to the dust resistance.

iFixit says the ‌Apple Watch Series 7‌’s new display technology was likely a “huge pain to manufacture at scale.” The new Apple Watch appears to be equipped with a touch-integrated OLED panel, or an “on-cell touch,” which is also used in the iPhone 13.

The teardown shows that Apple also used one flex cable for the display instead of two on previous models, which iFixit says is “not a trivial change.”

iFixit gives the Series 7 a 6 out of 10 repairability score.