We’ve been hearing rumors of a notch at the top of the display of the upcoming MacBook Pro models that are expected to debut at today’s Apple event. Now, an alleged photo of a MacBook Pro with a display notch was shared on Saturday by Weibo account AnyTurtle999, as spotted by Twitter account DuanRui. (Via MacRumors)

The photo shows the alleged notch with a FaceTime camera, microphone, and an ambient light sensor for True Tone. Earlier last week, a Reddit user claimed that the upcoming MacBook Pro will not boast Face ID despite having a notch. The Redditor said instead, a Touch ID sensor is expected to remain above the keyboard for authentication.

As is normal for “leaks” like this, the photo could be faked. However, if it proves to be accurate, the new MacBook Pro models could feature very thin bezels around the display. 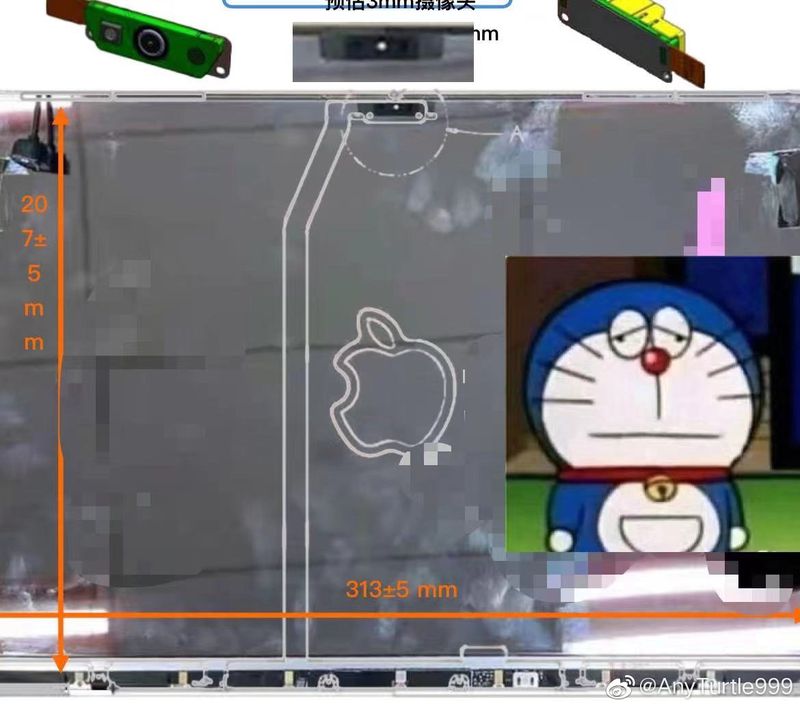 Rumors indicate Apple’s new 14 and 16-inch MacBook Pro models will have a revamped design featuring thinner bezels and larger displays. Mentions have been made of 3024 x 1964 and 3456 x 2234 resolutions, respectively, which would offer 2x Retina for sharper images and text.

As far as what will power the new MacBook Pro models, they are expected to use an M1X chip, which is a faster, more powerful version of the M1. The new chips could offer support for up to 32GB RAM.

MagSafe connectivity is expected to make a return, replacing the USB-C connector. The Touch bar will be dropped (replaced by the traditional row of function keys), and we should see a return of the HDMI port and SD card slot.

Apple is set to hold a virtual press event today at 10:00 a.m. Pacific Time. The event is set to originate from the Steve Jobs Theater at the Apple Park campus in Cupertino, California. The event will once again be digital-only.

Apple plans to stream the fall event live on its website, on YouTube, and on the Apple TV app. As is usual, MacTrast will report on all of the happenings, so stay tuned.