A new research report shows that MacBook shipments were up by 8% in Q1 2022, compared to the same period in 2021, even as overall global PC shipments were down 4.3%. Counterpoint Research’s report does not break out sales between the MacBook Air and MacBook Pro.

“Apple continued its success with the M1 MacBook series to see 8% YoY shipment growth in Q1 2022,” says Counterpoint Research in a press release, “which boosted its market share by 100 bps [Basis Points] YoY.” 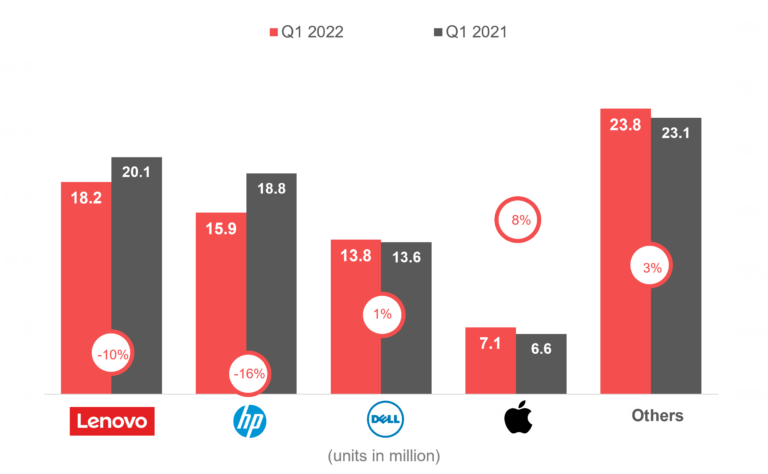 Counterpoint Research says the overall drop in sales is due to component shortages and demand uncertainties caused by the COVID-19 pandemic. It also says that its research shows that the gap between demand and supply is narrowing, “signaling an approaching end to supply tightness.”