Up to 31 new emojis could be on the way to iOS and Android, including a donkey, moose, pushing hands, shaking face, and a flute.

Other new emojis currently being considered by the Unicode Consortium for Emoji 15 include a light blue heart, grey Heart, blackbird, jellyfish, hair pick, maracas, folding hand fan, peapod, hyacinth, ginger, goose, wing, and a Khanda are among potential new additions to the current array of emoji. 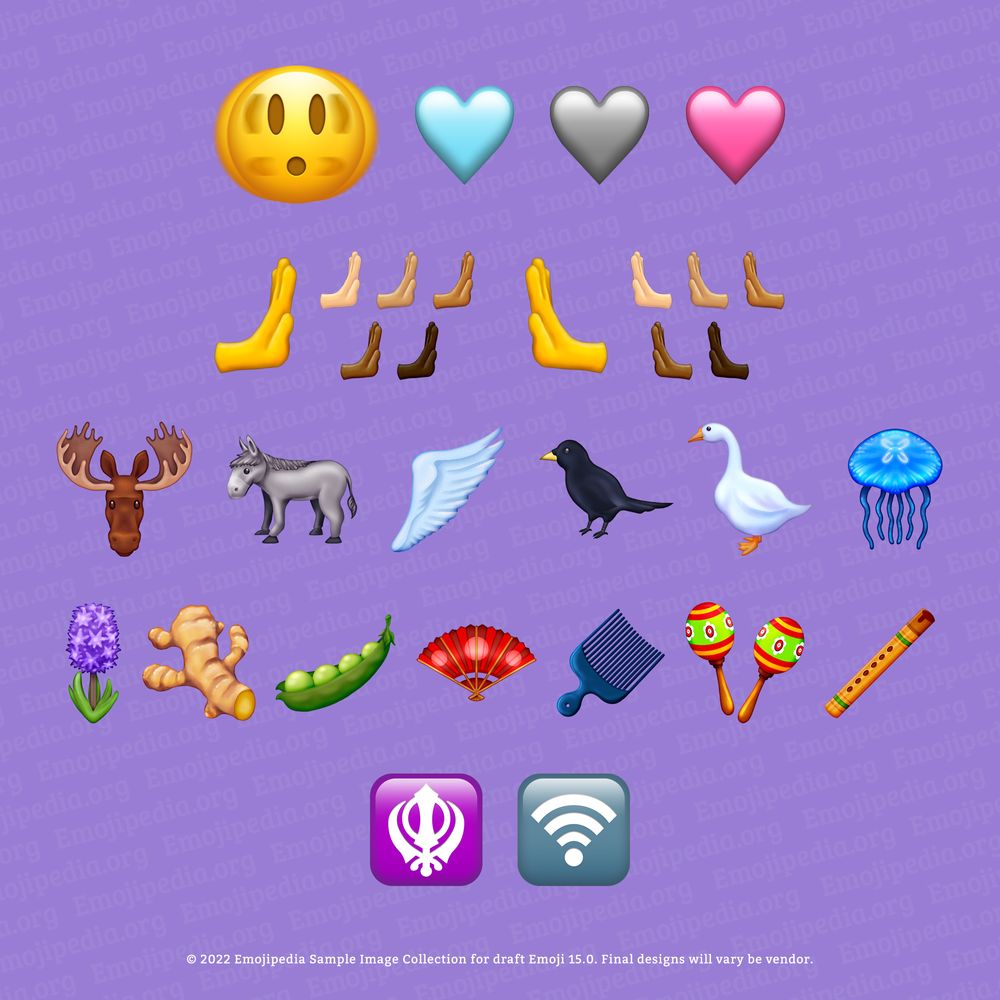 The final designs will vary based on what major companies like Apple and Google choose, but Emojipedia has created sample illustrations of the candidate emojis. While some emoji might not make the final cut, most presented for approval are historically confirmed. The Unicode Consortium will finalize the list of new emojis in September.

Once the new emoji are confirmed, Apple will need to release new versions of watchOS, iOS, iPadOS, and macOS to support the new emojis. This is likely to occur early next year.

This list includes a much smaller number of new emojis than those proposed in recent years.