The Pixelmator Team has announced that its popular Pixelmator Photo app for the iPhone and iPad is moving to a subscription-based pricing model as of the update rolling out now in the App Store.

New users will pay $4.99 per month or $23.99 per year while existing users of the app will continue to have “unlimited access” without having to pay again. The app offers a lifetime purchase option for $59.99, which is quite a bump from the app’s previous one-time purchase price of $7.99.

The Pixelmator Team, while admitting that the subscription-based pricing model is more expensive, argued that there are “some pretty big problems” with an upfront pricing model, including:

You need to purposely withhold the biggest new features from existing users and save them for major updates or new paid versions. This slows down development because large updates are harder to develop, test, and ship – releasing one major update with three big new features takes longer than releasing three updates with one major new feature each. It’s not too bad when everyone’s in the same boat, but as more apps move to subscription pricing, you find yourself at a disadvantage.

2. Paid upgrades can be too drastic

Paid upgrades need to be different enough to be super exciting and cool but not so different that they’re a whole new app that you need to learn to use (ugh, why is everything in all different places). However, if a paid upgrade isn’t flashy enough, there’s less of an incentive to upgrade, which kind of defeats the point. So it’s quite a fine balance.

3. No upgrade discounts on the App Store

If you create a major paid upgrade, people expect an upgrade discount – which is totally fair, by the way. However, we sell our apps exclusively through the App Store and offering upgrade discounts isn’t possible.

4. Users who buy early get more value than those who buy later

Let’s say somebody buys your app just after a major paid upgrade is released and gets a full cycle of updates on top of that. Great. What if they buy the app right at the end of the cycle? Not so great. So users who buy early get more value than those who buy later. We’ve seen questions about this quite frequently in the past – should I buy now or is a paid upgrade coming?

6. No free trials on iOS and iPadOS

There’s no way to provide free trials on iOS. Occasionally, we get reviews and other feedback saying that Pixelmator Photo isn’t quite the kind of app that a person expected – maybe they thought it would be a layer-based editor, or a more basic photo editor, or the app is missing a certain feature, or is another kind of app entirely. For now, a free app with locked features is the only way to provide a free trial on iOS and iPadOS.

It takes a significant amount of development hours to create an app like Pixelmator Photo. It’s got some incredibly advanced editing features but, on iOS, the prices of other, less powerful apps are so low that pricing the app at, say, $29.99 puts people off, especially with no free trial. However, the current low price ($7.99) isn’t sustainable in the long run.

8. No unified purchases across macOS and iOS/iPadOS

This point is especially relevant with the sneak peek about Pixelmator Photo for Mac below. We’d love to charge one price for the app across all platforms – Mac, iOS, and iPadOS – and this is only possible with a subscription. Also a related issue is that if we charged an upfront fee and released updates and (eventually) major upgrades for each app, it’s much more difficult to sync everything across platforms, again slowing down development significantly. Side note – this is one of the reasons why development of Pixelmator for iOS slowed before and after the release of Pixelmator Pro.

As we’ve been around since 2007 now – that’s 15 years, for anyone counting (what, the 90s weren’t 10 years ago?!) – we’ve had first-hand experience with each of the above and it looks like the change to subscriptions is just the way to go at this point in time.

“The hope is that there are enough users who use the app regularly and feel that the annual or monthly fee is worth it,” said Pixelmator. “It looks like this is the best way to ensure Pixelmator Photo can continue to be developed long into the future.” 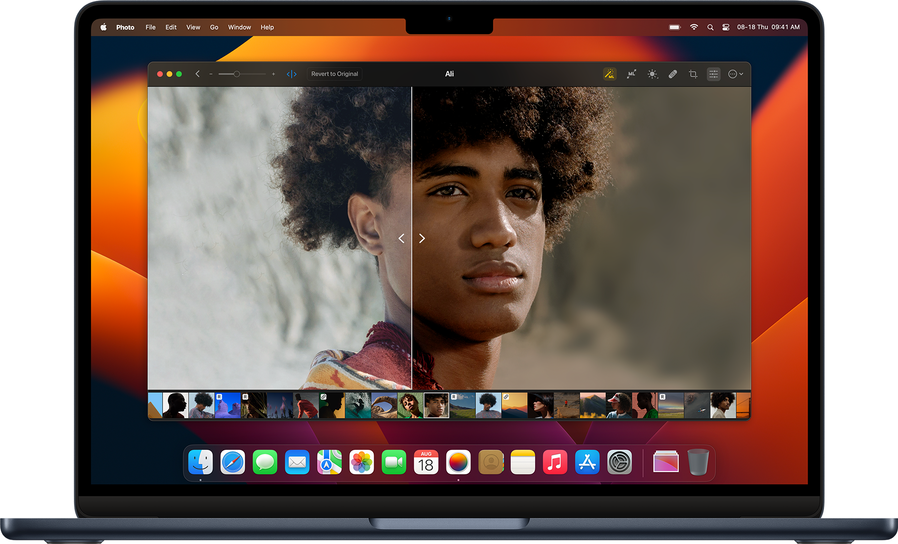 In the blog post, the team also provided a sneak peek at its upcoming Pixelmator Photo app for Mac “completely native” app, that is “designed from the ground up just for Mac.” The app is expected to release late this year or early next year. Those who subscribe to Pixelmator Photo for the iPhone/iPad now will get Pixelmator Photo for Mac for free when it launches. Existing users will be eligible for a discounted subscription.