Google has announced that it is bringing a new augmented reality Live View search feature to its Maps app for iOS. The feature allows users to visually explore what’s around them more intuitively with the help of AI, billions of Street View images, and augmented reality.

Users can open the Maps app and tap the camera icon in the search bar to view what’s around them, including ATMs, bars, restaurants, and more. Google Maps will then provide AR-powered directions and arrows, indicating the distance of the location while directing you to the location.

The app will also display information about each place in an overlay on the screen, including its rating, whether it’s open, and the merchant’s price range. By tapping on place categories, users can see restaurants, bars, dessert shops, parks, and transit stations within walking distance.

Beginning next week, this visual search experience will start rolling out in London, Los Angeles, New York, Paris, San Francisco, and Tokyo on Android and iOS. 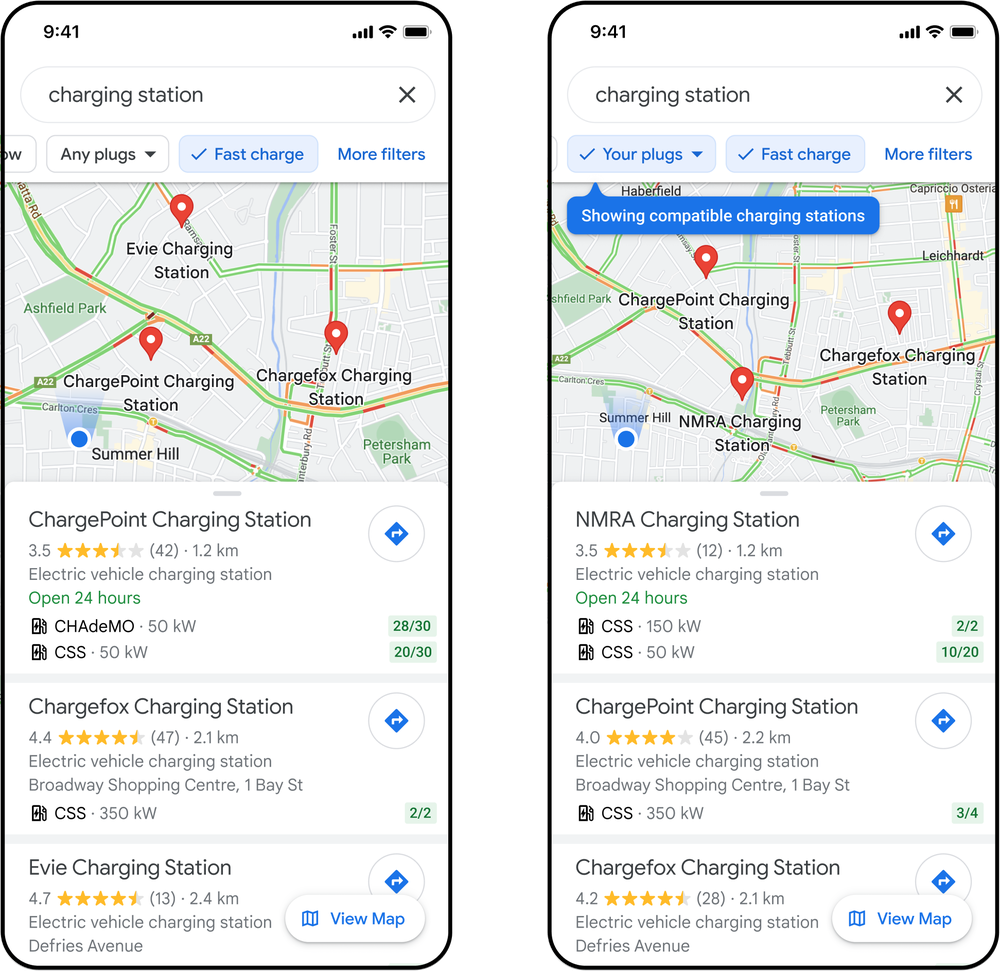 Google is also rolling out other new features. Users can search for “EV charging stations” and select the “fast charge” filter — you’ll see stations with chargers 50kW or higher so you can charge up faster. You can also filter for stations that offer your EV’s plug type in more countries so you only see stations with plugs that are compatible with your car. Both features are live now on Android and iOS in countries where EV charging stations are available.

By turning on the “Accessible Places” setting in the Google Maps app. Users will see a wheelchair icon on the business profile if it has a wheelchair-accessible entrance, and the same icon with a strikethrough if it’s a non-accessible place. You can also see if the place has accessible seating, restrooms, and parking.