The latest iOS 16.2 beta includes code for “Rapid Security Response,” which allows Apple to push out important security fixes to iPhones without requiring a user to perform a full iOS update.

Apple on Wednesday released a Rapid Security Response update which was “for testing purposes only and does not contain security content.” 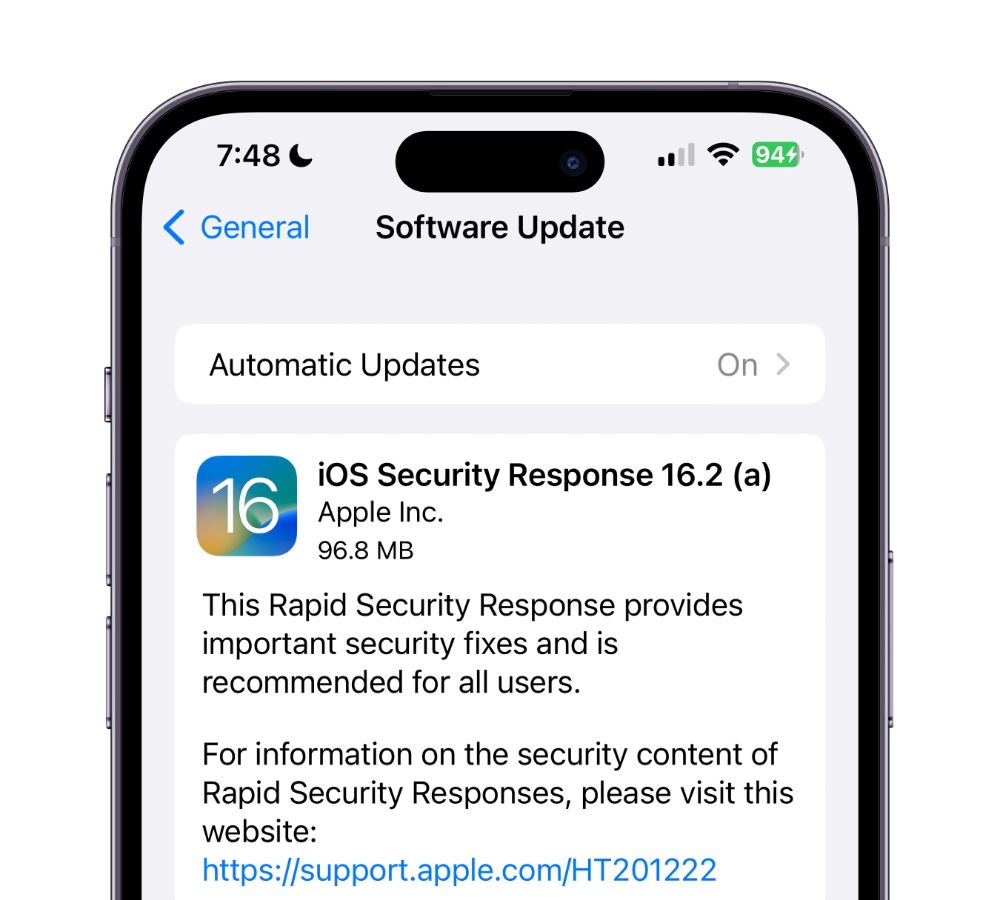 The iOS Security Response 16.2 (a) arrived via the standard Software Update mechanism in the Settings app, but was a quick update, requiring just a couple of minutes to download and prepare the update. A quick restart and update was installed. Actual updates including security code will hopefully be just as quick.

After the update was been installed, the system reported an updated version of iOS 16.2 (a). By tapping on the version number in the About section of Settings information is displayed about the installed iOS version and the Rapid Security Response update. Users will be able to roll back the security update if they so desire.