As of last week, the new feature in Netflix’s Account Settings is available on the web, as well as on iOS and Android devices. As pointed out by Variety, Netflix has already allowed customers to view recent device-streaming activity from their Account Settings page but until now provided only the option to log out every device that was currently signed in. 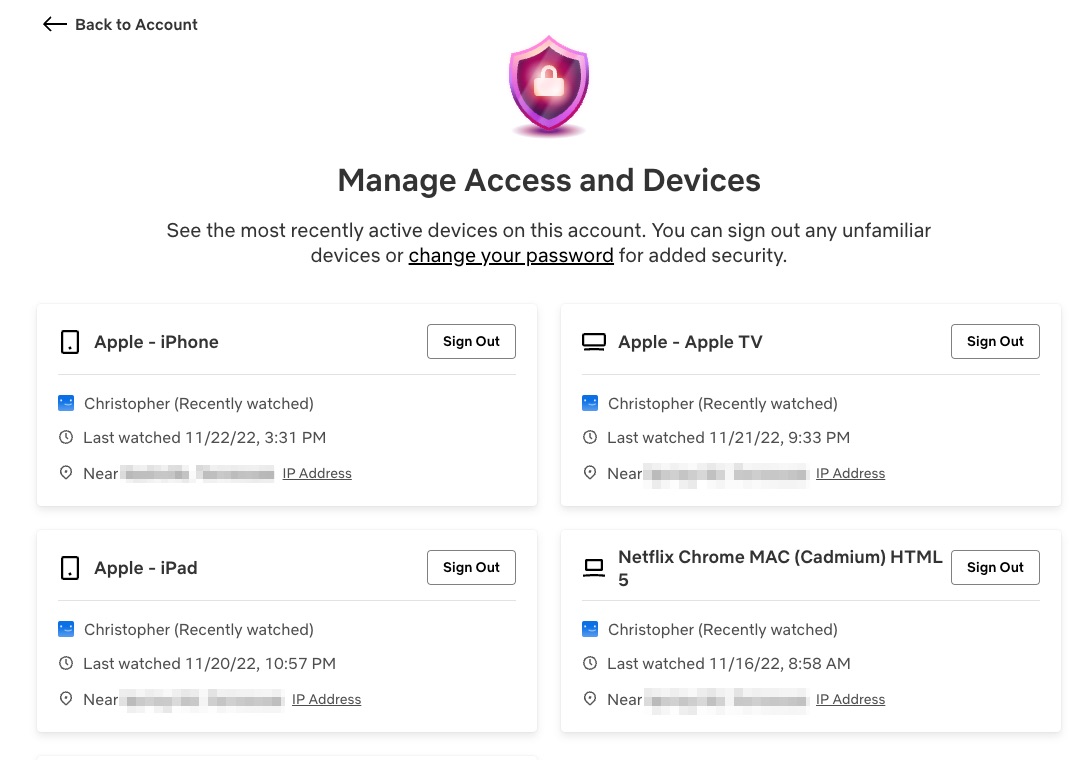 “With the busy holiday season just around the corner, many of our members will be on the move and watching Netflix wherever they are traveling to see family and friends. Logging in to your account while at a hotel or even your friend’s house is easy and intuitive, but lots of people then forget to log out,” Charles Wartemberg, Netflix product manager in Netflix’s product innovation group, wrote in a blog post announcing the new feature.

While the new feature makes it easier for users to police their accounts, it is also a step forward to eliminating password-sharing that is costing Netflix money due to account sharing. The company has estimated that passwords are being shared in violation of its rules with more than 100 million non-paying households worldwide.

Last month, the streamer introduced Profile Transfer, which allows any users on an existing account to migrate their profile to a new (separately paid-for) account while preserving their settings.