Apple is once again reminding users of Dark Sky, the weather app that Apple purchased in March 2020, is set to shut down on January 1, 2023. Apple is reminding users of the shutdown date and has also published a support document that highlights the Dark Sky features that Apple has integrated with the Cupertino company’s default Weather app. 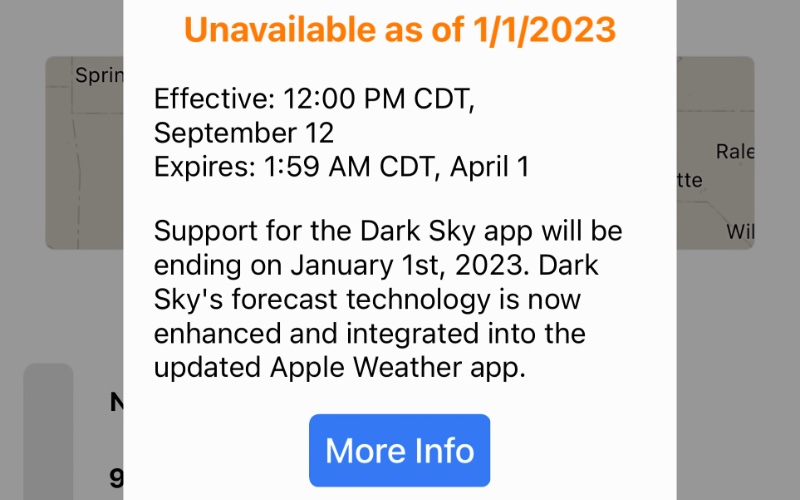 Apple added Dark Sky’s down-to-the-minute precipitation forecasts for snow and rain, hourly forecasts for the next 10 days, a variety of overlays, including precipitation, air quality, and temperature, and hyperlocal forecasts, down to 0.001° of latitude and longitude.

Apple Weather also sends notifications for government-issued severe weather alerts and next-hour precipitation for your current location or any location that you’ve added.

Apple acquired the popular weather app back in April 2020, and shortly after its purchase was confirmed, Apple shut down the app for Android devices. Apple had originally planned to terminate the app and API at the end of 2021.