Adobe recently announced it’s first three Photoshop Touch apps. They were supposed to launch last week, but after some delay, they are available this morning. The three apps, Color Lava, Eazel, and Nav, are designed to use the iPad to enhance your desktop Photoshop experience.

Here’s some info and a download link for each of the new applications: 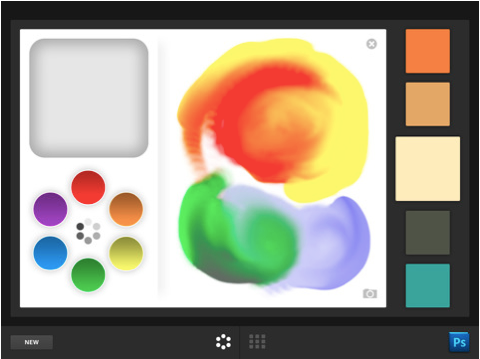 Color Lava is a palette-management tool, allowing you to use your fingertips to mix colors together, and create custom swatches and five-swatch themes. You can then send those to the desktop app wirelessly for immediate use. You can also use the app on the go, and then import your work into Photoshop later. You can dab, swirl, and smudge the colors to create unique swatches, and you can interact with desktop Photoshop in real-time, making find adjustments to your creations. You can also share your creations with friends from within the app. 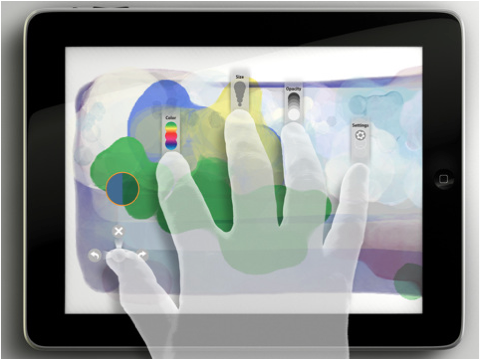 Adobe Eazel is possibly the most intriguing of the three initial apps, as it makes great use of multitouch controls and menus. Eazel is a drawing/painting app that lets you create beautiful images, using your finger as a paintbrush. You can get awesome color blends, due to a unique feature that allows “wet” and “dry” paints to interact with each other in unique ways. Eazel also lets you send your paintings straight to Photoshop on your desktop, save them to your camera roll, and share them with your friends. Perhaps most unique, however, is Eazel’s controls, relying on a unique system of gestures rather than toolbars or menus. 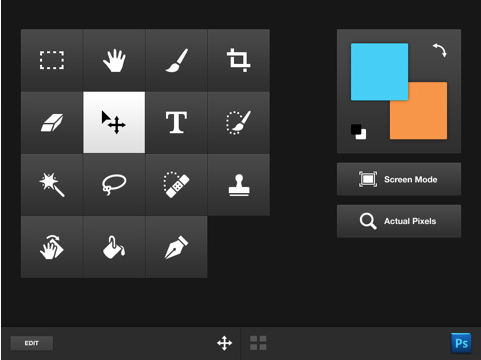 Adobe Nav might be the most useful of the three apps – it is used to drive Photoshop’s UI remotely, allows you to see open projects, and full edit them on your iPad. Most of Photoshop’s tools are displayed on the iPad as larger buttons designed for touch, and you can choose which elements and controls you see on the main screen. There is no doubt that Nav will take an intriguing role, and may act for many as a complete replacement for Photoshop’s on-screen desktop controls.

Adobe’s first three Photoshop Touch applications really show the potential of its Touch SDK, and I’m sure Photoshop users will find them incredibly useful. I’m looking forward to trying them out myself, and I’d love to see other developers start doing similar things – turning the iPad into an extension of your desktop in important ways.
All three applications work with Photoshop CS5 on both Mac and Windows computers.

Each of the apps is available today, and will work with Photoshop CS5 on both Windows and Mac.