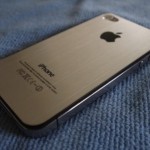 When Steve Jobs dropped his patented line “oh, one more thing” in the closing minutes of WWDC, there was a glimmer of hope that that thing may be the shock announcement of a new iPhone – an iPhone 5, iPhone 4S, or whatever you want to call it.

It didn’t happen and instead we had to be content with iCloud, OS X Lion, and iOS 5 – a good day nonetheless.

However, if a report from 9to5Mac is to believed we may not have to wait too long more for the arrival the 5th generation iPhone. Citing a reliable source within Apple, 9to5 tells us that..

The next generation iPhone has reached the final testing stage and is now being carried around by high level Apple and carrier executives.

Although this has been assumed since the no-iPhone-at-WWDC-rumors broke, the current plan is for a September launch for the next-generation iPhone.

References found in the iOS 5 SDK to N94 and N93 may be internal code names for the two unreleased iPhones. The N naming system has been commonly used to identify past iPhone models. For example, N90 and N92 represent the iPhone 4 GSM and CDMA models respectively. It’s not clear why there is two unidentified models in the SDK as rumors are abound that the next generation iPhone will be a “World Phone” meaning it would run on both the GSM and CDMA networks.

It is also expected that the 5th generation iPhone will NOT have an improved camera, as previously expected, but will instead have the same camera as the current generation.

To date Apple has announced new iPhones during the summer months but due to the tragedies in Japan, and the late launch of the white iPhone 4, the production of the 5th generation iPhone hit the brakes.