One of the new features in OS X Lion is the introduction of “natural” scrolling. Previously you would have moved your finger down to move down, and up move up on your mouse/trackpad. In Lion a little switchero has happened. Apple decided to introduce a more “logical” mouse gesture. Now, when you move your finger up you move down the page, and when you move down you move up.

This is Apple’s way of introducing iOS like scrolling into OS X. It’s not for everyone and you might want to switch your mouse gesture back to what you previously enjoyed. It’s easy to switch back to Snow Leopard’s mouse behavior. In Lion, go to System Preferences > Mouse > and remove the tick from “Scroll direction: natural”. 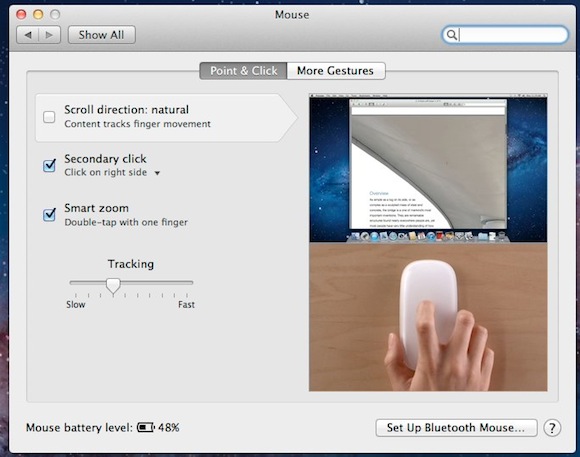 While this type of scrolling isn’t for everyone, it’s not that difficult to get used to. It took me only a few seconds to get used to moving in reverse and I have since found it very intuitive and you could argue that this is how scrolling should have always behaved.