AT&T has begun sending warnings to its top data users, reports 9to5Mac, telling the users that they’re in the top 5% of data users, and to start using WiFi to avoid speed reductions. 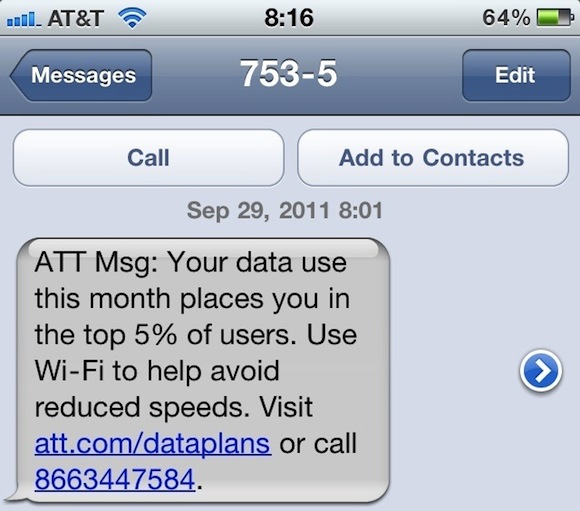 The changes will begin coming into effect tomorrow for holders of unlimited data plans, and those who are in the top 5% of data users are subject to reduced speeds from AT&T. The customers can still use unlimited data while their speed is reduced, and their speeds will be restored to normal at the beginning of their next billing cycle.

AT&T will warn affected users by providing several notices and a grace period before limiting their speed. I can’t help but question however: at what point does “unlimited” data cease to be unlimited?