Following this morning’s report that Apple’s next-gen iPhone may come in a 64GB capacity, and considering the seemingly immanent death of the iPod Classic, speculation has begun surrounding a possible 128GB iPod touch. 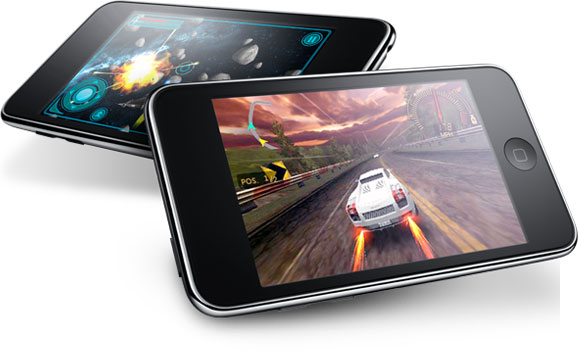 If Apple is truly about to discontinue the iPod Classic, it would seem that they need to have an option available for those with large music collections. At 64GB, the largest current iPod touch doesn’t quite cut it for many, especially for those that also like to use a lot of apps.

In order for Apple to release a 64GB iPhone, it would be necessary for Apple to use a 64GB flash storage chip inside the device, due to its size and the fact they Apple needs to leave enough room for a cellular radio.

Considering that Apple has always included two flash chips in the iPod touch, a move to 64GB NAND chips would seemingly result in Apple developing a 128GB iPod touch.

There is a bit of an issue in that NAND flash simply costs a lot more money than the platter-based mini hard drives included in the iPod Classic, as is clearly evidenced by the $400 price tag of the current 64GB iPod touch.

Even if Apple was able to double the amount of included storage while charging the same $400, would the same people who would purchase a $250 iPod Classic really be willing to spend $150 extra on a device with less storage?