Right after Apple updated their malware definitions to address the PDF trojan, security firm Intego reports that a new Trojan is circulating that disguises itself as a Flash Player installer. 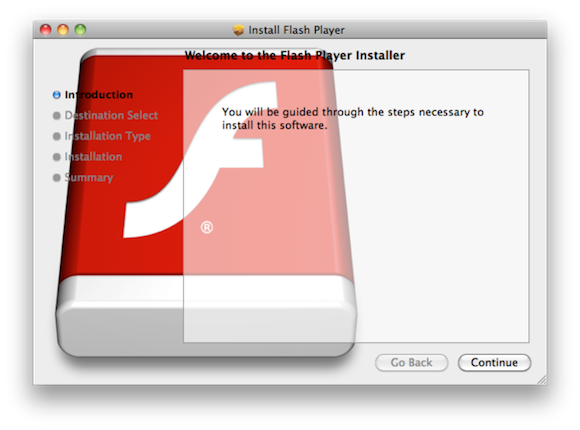 This marks the second known time this year that Adobe’s Flash Player has been used as a front for a trojan, with an earlier similar trojan surfacing back in August. It should be noted that only a single person has reported actually being affected by the trojan. Nevertheless, this malware does exist in the wild, and may try to affect additional users.

Completing the install process of the trojan could deactive third-party security software and install a library that can affect applications launched by the user. The threat is currently marked as “low.”

Mac users would be well advised to not open files or attachments that you didn’t intentionally download or don’t recognize, and disable Safari’s setting for automatically opening safe files. Apple currently updates their malware definitions on a daily basis, so its likely that this will be added to their database soon if it hasn’t already.