The European Commission on Tuesday announced the results of its investigation into Apple’s tax dealings in Ireland, saying the company receives illegal state aid in the form of “tax deals” from the country.

In its findings, the regulatory body stated that deals between Apple and Ireland struck in 1991 and 2007 helped Irish authorities “confer a selective advantage upon Apple” that resulted in a lowering of its tax liability. The Commission also added that Apple’s increase in sales for its business in Ireland appear to be inconsistent when related to comparable operating costs that would come with growth.

The Commission also noted that there was a 415% reported increase in “sales income” for which most of the profit-generating work was done elsewhere.

The Commission is of the opinion that the advantage is on-going, as the company’s annual tax liability is agreed upon by the tax authorities in view of the ruling.

Apple made a statement to Business Insider in which it claimed that it has not received selective treatment:

Apple is proud of its long history in Ireland and the 4,000 people we employ in Cork. They serve our customers through manufacturing, tech support and other important functions. Our success in Europe and around the world is the result of hard work and innovation by our employees, not any special arrangements with the government. Apple has received no selective treatment from Irish officials over the years. We’re subject to the same tax laws as the countless other companies who do business in Ireland.

Since the iPhone launched in 2007, our tax payments in Ireland and around the world have increased tenfold. To continue that growth and the benefits it brings to the communities where we work and live, we believe comprehensive corporate tax reform is badly needed …

Tim Worstall, via Forbes, says there is no possibility of a fine being levied on Apple:

For in cases of illegal state aid there never is a fine levied upon the company or recipient of such aid. The government that allowed or paid out the aid must recover it, that’s true, but there’s no fines over and above that even if there’s a finding of said illegal aid.

Apple’s presence in Ireland allows it to take advantage of “transfer pricing.” Apple Ireland buys a license from Apple in Cupertino, CA, allowing it to manufacture and sell iPhones in the UK. Apple Ireland then buys all the components, pays for manufacturing, and then ships the devices to the UK for sale via the Apple Stores and third-party resellers.

All profits show as being made in Ireland, and are then taxed at the rate that were allegedly agreed to with the irish government, Currently, that is around 2%. While many may see this as immoral, Worstall maintains that it is completely legal.

Apple takes the position that its tax strategies are legal, and will continue them, while the Irish government seems happy to get a 2% piece of Apple’d huge profit pie. The EU will attempt to overturn the agreements.

MacTrast will keep an eye on the goings on and keep you posted.

(Some material via 9to5Mac) 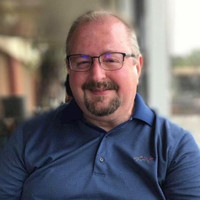