The new backup solution makes “Time Machine” type backups of iOS devices, allowing dozens of device backups to be stored on a hard drive without using large amounts of disk space, as a normal iTunes Backup would.

iMazing Mini performs backups of iOS devices when connected to the same Wi-Fi network. Backups can be scheduled as weekly, daily, or any other timeframe. The app reminds users when their behind schedule. 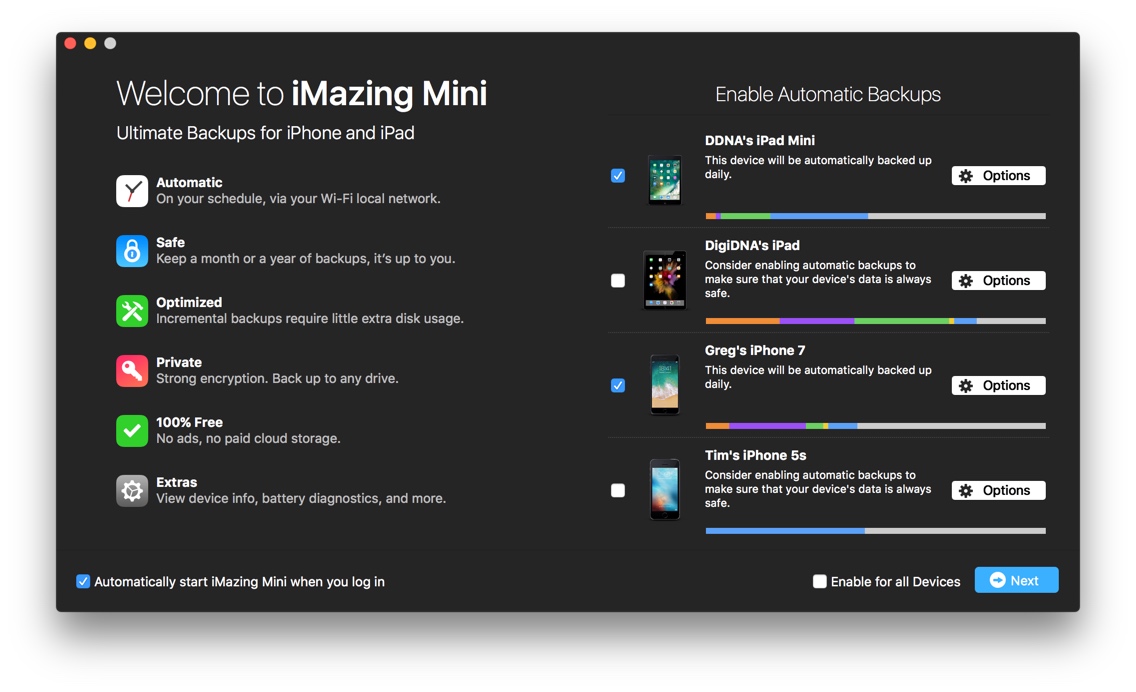 The new app is an extension of DigiDNA’s popular iMazing app – which offers access to your iOS device’s photos, messages, files, other data, and more – but it’s also a standalone tool that’s available with absolutely no strings attached.

iMazing Mini is free and is available for download through the iMazing website. The company says a Windows version will soon be available.