Google is reportedly launching a video on demand movie rental service via YouTube to directly challenge Netflix and iTunes.

According to the report, Google has successfully negotiated deals with major studios including Sony Pictures Entertainment, Warn Brothers and Universal, though “knowledgeable executives” indicated that Paramount, Fox and possibly Walt Disney have declined to participate at this time.

It’s no surprise that FOX and Disney have declined since they are big content partners with Apple and iTunes. Not to mention Steve Jobs is Disney’s largest shareholder.

I don’t think this will be much of a threat to either Apple or Netflix, at least initially. Netflix is hugely popular and there are millions of devices including web-connected TVs, DVD players, media boxes such as Roku, and of course Apple TV which already have easy access to the service. The ‘hobby’ known as Apple TV is no slouch either. There have been more than 2 million sold since the second-generation set top box was released last year.

It’s great to see competition in this market, especially if it drives down prices and increases quality and selection on iTunes and Netflix. 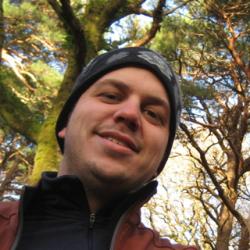