Apple’s Vice President of Software Technology, Guy L. “Bud” Tribble, testified before the US Senate on Tuesday answering questions about mobile privacy. He voiced that Apple is committed to encrypting location data in the future, among other things. 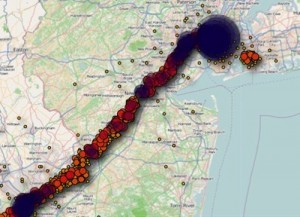 The hearings, entitled: “Protecting Mobile Privacy: Your Smartphones, Tablets, Cell Phones and Your Privacy.” were called by U.S. Senator Al Franken in response to reports that Apple and Google tracked its users. AppleInsider reports that Tribble reiterated what Apple said in its FAQ posted in late April.

Tribble was quoted as saying, “Apple is strongly committed to giving our customers clear and transparent notice, choice and control over their information, and we believe our products do so in a simple and elegant way,”

While there is a data location file on the iPhone and iPad, Tribble said that “Apple was never tracking an individual’s location from the information residing in that cache.”

Last week, Apple released an iOS update to address a bug where location information was being stored too long on the device.