According to TouchArcade, console and PC game Duke Nukem Forever might soon becoming to iOS devices The title is particularly interesting in that it was never released, and has become a synonym with the concept of vaporware online. 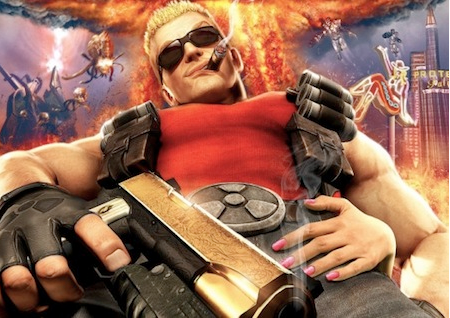 Development of the game started in 1997, but the game never actually came out (in spite of promotional material and screenshots being handed out to the press and fans) due to multiple delays from the original developers, 3D Realms.

After many years, and a huge amount of delay, It should be finally coming out after 14 years on June 9, 2011, and it’s already available for pre-purchase on Steam.

Digging into the game’s manual, a TouchArcade reader found out the developers included “Apple App Store Additional License Terms” — a bunch of legalese that most gamers usually skip, but it’s intended to inform users about licensing terms, agreements, and so forth. This could mean a mobile version of Duke Nukem Forever is also in the works, which wouldn’t be surprise considering the App Store userbase nowadays and the fact that the Unreal Engine runs on iPhones and iPads.

After all these years, it’d be nice to see the Duke on the iPad, and the Mac App Store would be a great destination for it as well!