Yesterday Google unveiled their new Wallet service, a service that uses NFC (near field communications) to enable an Android phone to act as your wallet, working with established payment systems. But could this move push Apple into NFC territory? And what might this mean for iPhone users? 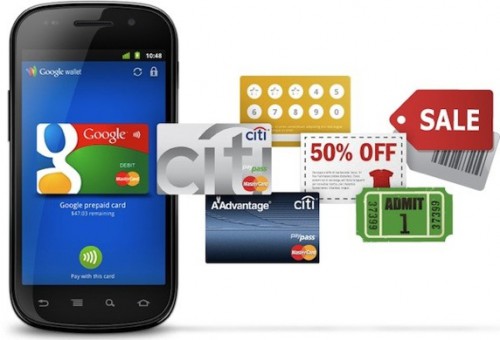 It’s been reported numerous times that Apple will include, and won’t include, NFC technology in its upcoming iPhone models, so the jury is definitely still out on that matter. With Google having launched their Wallet program, however, especially with such a wide potential use fairly immediately, Apple may consider playing it’s NFC cards sooner rather than later.

What is Google Wallet?

first off, what is Google Wallet? It’s a partnership between Google and various financial institutions that enables you to use any NFC-equipped Android phone as a wallet, by loading it with your banking or credit card details, which can then be read through any MasterCard PayPass enabled cash register system, or several systems made by VeriFone that use similar technology. The service also incorporates a coupon and discount program, which is called Google Offers.

The system is also said to be coming to non-NFC Android phones using a special “sticker” that will communicate with Google Wallet via the cloud, and then relay information back to the smartphone.

The system is said to be extremely secure, requiring pins, never displaying sensitive information on your screen, making use of encryption, having security baked into the NFC chip, and requiring authentication before you can make any purchase over $100. Further, while it only works with MasterCard PayPass, you can still use it to make purchases with your other credit cards by transferring money onto an included “shopping card” that is part of Google Wallet.

What Does This Mean For Apple?

Google’s announcement of Wallet is significant, because it represents that if Apple does not incorporate a way to implement a similar mobile payment system (or link up with Google Wallet), they’ll be left in the dark, giving Android fanboys one more thing to publicly brag about at the bus terminal.

Google Wallet seems to me to be a paving stone of sorts for this technology, and it’s possible that Apple will hold off, watch Google Wallet, see how well it becomes adopted, and learn from Google’s mistakes before offering a similar service or feature of their own.

Apple. with their expertise in the user experience, as well as application design, could easily implement an incredible and extremely functional payment system, and with Apple’s huge stack of dollars, it wouldn’t be difficult for them to convince banks, card networks (Visa, anyone?), and other interested groups to partner with them in order to get their cut of the cash.

While Google is admittedly the first platform to take a giant leap into the NFC arena, I have a feeling they will not be along there for long, as Apple is surely taking notes even now, and even if Apple does not include NFC in their next-generation iPhone, the service could still be enabled with Square-like headphone jack devices, or devices that plug into the dock connector. And even if Apple decides not to embrace this monster at all for the present moment, there’s still a huge opportunity for them to jump in later with a bigger, better, more intuitive system.

Whatever Apple does or does not decide to do in the immediate or distant future, however, Google Wallet does mark an interesting time in the world, and brings us so much closer to a future that’s already beginning to become quite clear – one in which our phones are so much more than phones, acting as our navigation system, an information resource, a personal agenda, a social platform, an audio and video communications tool, a camera, a camcorder, a wallet, perhaps even a personal ID system, replacing social security cards and driver’s licenses.

The possibilities are endless, and I have a feeling that we, even with our current gadgets, as advanced as we think they might be, are only seeing the beginning of the Digital Age of the world’s history. Who knows what the future might bring? Nobody. But if we continue to develop our technology as we are doing now, our future certainly seems like a very bright and interesting one.