TechCrunch reports a few interesting bits today regarding WWDC and iOS 5, widely expected to be one of the announcements made there. The report claims, amongst other things, that the upcoming iOS 5 will feature a brand new notification system, and introduce widgets to iOS. 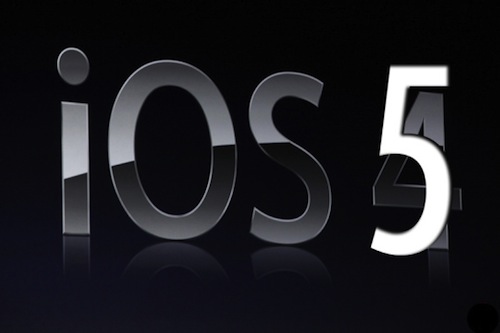 The report also claims that Nuance’s voice-recognition technologies are not, in fact, being used in the current internal version of Voice Control for iOS 5 – the functionality that lets users quickly make a call or play music using only their voice.

Obviously, the inclusion or exclusion of Nuance’s technology at any time, and it’s reported lack of presence in a current test build of iOS 5 is no indication of whether or not it will see the light of day in iOS 5. Of course, it could also be the case that the Nuance technology is destined for something else.

Revamped notifications are something that iOS users have been wanting for a very long time, with iOS taking a lot of criticism for the poor implementation of notifications. Many fan-made concept videos and images have circulated showing ideas for how it could be done – but I am confident that Apple will have developed something quite different that what we have seen so far.

Widgets are also an interesting choice, and I’ll be very interested to see how they choose to implement this new feature. Surely having your weather, stocks, and daily calendar events (at least) all in one place would be a wonderful idea, but I am very curious as to exactly how they get the job done.

The WWDC kicks off in San Francisco on June 6, and Apple is expected to make a formal announcement about the keynote (and speaker) in the coming days, so bear with us in the meantime.

Thoughts? Questions? Comments? Ideas? Sound off in the comments!