Some interesting and concerning news comes to use from the developers of iFlowReader, a once-popular ebook solution for iOS. Policy changes requiring in-app-purchasing and the payment of 30% of revenues to Apple were cited as the reasons. 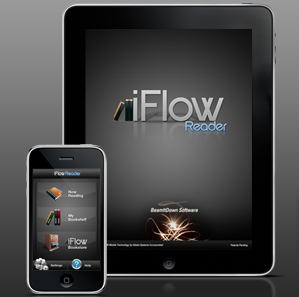 BeamItDown Software, developers of iFlowReader, today announced that they will be forced to cease their operations at the end of this month. The move comes after Apple decided to enforce rule 11.13 of the ‘App Store Review Guidelines for iOS Apps’ – with Apple set to begin removing apps that do not conform to this rule by June 30.

Basically, this means that iFlowReader, which relied on selling ebooks through an online store, would have to make the same available via In App Purchases, meaning they’d have to fork over 30% of every sale to Apple.

According to the developer, BeamItDown, they just cannot afford this, and would be losing money on every sale. A statement on their website indicates that this is due to most large publishers offering a margin of less than 30% on the ebooks – a change that BeamItDown claims is due to Apple’s negotiations with those publishers regarding iBooks. Before the negotiations, BeamItDown claims that they could receive up to a 50% margin on ebooks.

The end result of all of this is that their app, iFlowReader, which was once quite popular, has been forced out of the iOS eBook market by none other than Apple themselves. The question that arises is this: Is Apple forcing other ebook stores out of the iOS platform to promote their own iBookStore? If so, that’s evil…

In their statement, BeamItDown highlights that with one swift change in policy application, Apple will be able to sell e-books at a cheaper rate than every other service on iOS and likely force a number of services, like iFlowReader, to completely shut down because they cannot afford that 30% cut.

I’m a bit torn here. Sure, Apple wants their chunk of money, and that’s only natural. But is this going too far? Has this practice, especially in relation to ebooks, actually a monopolistic strong-arming of the market? Setting up the competition for failure just to make a buck?

I’m not sure what to think. Your thoughts? Sound off in the comments.