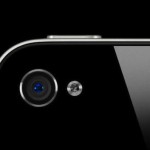 Here’s another iPhone 5 rumor for you to get excited by. Late July or early August could see the release of the 5th generation of Apple’s iPhone. That’s according to mac blog Macotakara who cite the not so reliable “anonymous source” as their source.

Macotakara claim that the iPhone 5 will be equipped with an ARM Cortex-A9 processo, an 8 megapixel camera, a SIM-less design, and between 3 & 4 internal antennas. It is not known whether or not the next generation of iPhone will have a single or dual core processor.

The 3 to 4 internal antennas will provide compatibility with both the GSM and CDMA networks and will result in the iPhone becoming a “World Phone”.

The SIM-less iPhone 5 is something we heard about last week when Orange CEO Stephane Richard claimed that Apple is determined to make the internals of the next generation of iPhone even smaller. One component that seemed fit for the cutting room floor is the apparently “bulky” SIM card.

While the “world phone” concept in theory sounds great, as it will bridge the divide between Verizon & AT&T, the SIM-less iPhone 5 seems far less likely as the carriers deem the SIM card to be too important in the security and authentication process in telephone technology.

It’s long been rumored that the iPhone 5 will arrive later in the year, therefore breaking Apple’s traditional summer launch. However, a July / August release date isn’t entirely out of the question.