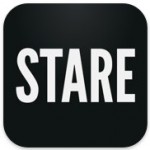 It is quite astonishing to know the amount of people who have iPads whom are not aware it has a built in photo viewer function in the lock screen. Since the boom of digital photo frame viewers a few years ago many of us have one sitting around gathering dust (including me) and rarely being turned on. Since getting an iPad and finding the feature I must admit I have used it only a couple of times but definitely more than my smaller photo frame. I am sure I am not alone in the thought that unless you are a doting parent or grandparent who can not get enough of seeing pics of the new addition to the family, looking at your own photos can get a little boring after a while.

This is where Stare comes in. Stare is a new take on social networking utilising pictures and feeds from Facebook. Point to note: if you don’t have a Facebook account then this is pretty useless to you. What Stare does is display random pictures from all your friends photos with random status’ linked to that profile for comic effect. I did think when using the app at first that the status’ would be more random in accordance to the picture being displayed but then after thinking further it would seem a little weird if you had a picture of a guy on a motorcycle and a status from some girl totally unrelated about what a “messy” night they are having. Therefore it is quite clever in the status’ and wall posts it pulls though as often the status’ are written by, or about the person in picture being displayed. 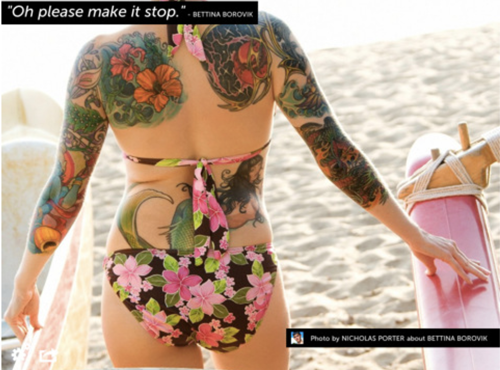 The longer you leave Stare running the better it works as I have seen quite a few comedic gems up to now. For example one picture was of a guy I know wincing in a pub, either from something bad he had drank or a girl had taken offence to his chat up lines and swiftly delivered some justice (unfortunately I can’t post the picture due to privacy). Either way, it was the status which made me laugh as it was about the poor football result that afternoon. So the pose and expression in the picture fitted the status very well and thus the app did its job by providing some light entertainment and comedic value at an unexpected time. When a gem like this crops up you can touch the screen which will give you a couple of icons in the bottom left corner where you can immediately email the screen shot from the app as shown below. 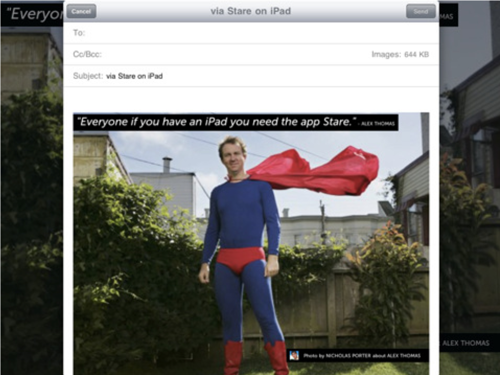 Are there any drawbacks? Well yes a couple but for such a simple and at present free application there is not a lot to complain about. I did have some teething troubles at first but these could have been caused by apps I had running in the background. There was the occasional freeze and crashed once but when I closed all apps and booted Stare up on its own it ran fine. There is also the lack of being able to swipe through pictures but after speaking with the developer about how Stare operates (the app fetches and assembles the content in real time directly from Facebook which requires a lot of calls to and from the server) this would be a difficult thing to achieve. Pictures last for random periods from 15-25 seconds on average.

Therefore what is left on the drawback stakes is battery life. Due to the way it operates it is constantly using your Wi-Fi (lord help you if you used it on 3G) as well as using backlight to display pictures so needless to say it is a battery eater. Bearing in mind this is not an app you will run all the time or for very long periods then I feel this is a drawback to be taken with a pinch of salt. You could always use the mains but if you are using the smart cover as a stand on your iPad 2 this can affect the overall aesthetics of it so the choice is yours. I find the best use for it can be stood up in front of your computer while you get on with some work to provide some momentary escapism through your day, or strategically placed when you have friends round in the evening. 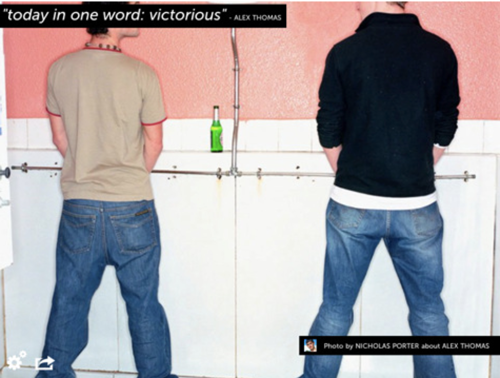 I conclude that Stare is an app worth having for anybody and everybody who has an iPad and a Facebook account. The app is simplicity itself so it doesn’t offer more than what it says on the tin. But as an alternative to the built in lock screen photo viewer with the ability to have tens of thousands of pictures to look at rather than the same old ones in your own photo library (depending on your amount of friends and their privacy settings) I would recommend downloading it. Especially because at present Stare is free so there really is nothing to stop you giving it a go and seeing for yourself. I have no idea what the price point may be in the future so I suggest you get right on it and download it on the link below today.