9to5Mac reports that Toshiba, reported as one of the companies that Apple is working with on future displays, will be building a 4″ 720P Retina display. This display might be destined for a future release of the iPhone. 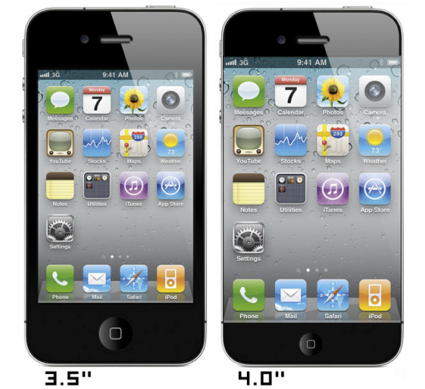 Toshiba announced a while back that they were building a factory to manufacture small LCD panels, mainly to supply to Apple. The company reported that they would built the plant in Ishikawa, and would churn out low-temperature LCD panels that allow for high-resolution images. Apple was said to be investing in the plant as well.

Well, today’s news comes straight from Toshiba, and is as follows (from 9to5Mac):

Displays for Mobile Phones and Portable Electronics: The mobile section of the booth will feature high-resolution LTPS displays, up to 367ppi (pixels per inch) resolution density, in sizes ranging from 3.3-inch to 4.0-inch with resolution formats ranging from Wide VGA (480 x 864) to HD (720 x 1280). In addition, these displays will demonstrate advanced technologies such as high-contrast (up to 1,500:1), high-color (up to 92% NTSC), and wide viewing angle (up to H/V 176º/176º). The displays are just a few representative examples of TMD’s broad line of thin and light displays for mobile smartphones and other portable electronic devices.

Many reports have detailed the new iPhone to have an edge-to-edge 4-inch display, just like the one described above – could this be the new iPhone’s display panel? I don’t know. Time will tell. What are your thoughts? Sound off in the comments!