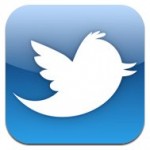 Twitter’s official desktop app for the Mac has been updated to version 2.1. The new release sees a number of feature enhancements. The best of which look to be multi-window support and autocomplete for both usernames and hastags.

The multi-window view is pretty cool. It basically makes Twitter.app into a multi-browser app from which you can have any number of panes open. In the below screenshot I have both my personal and the @mactrast Twitter account open (click for larger image). 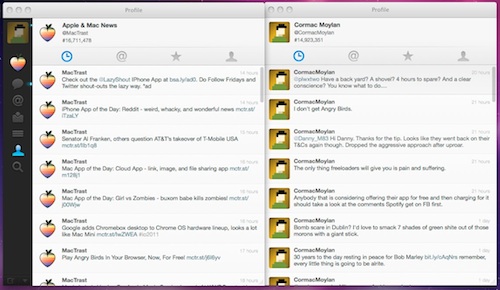 You can open a new window by going to Window > Open New Window in the menubar or by clicking on the down pointing arrow next to the “write a tweet” button. Or, if you’re a keyboard warrior you can go shift + cmd + t.

A full run down of the new additions in 2.1 is listed below:

Possibly the most interesting new feature is the support for AppleScript in Twitter.app. Unfortunately the blog post posted on the Twitter blog didn’t go into any detail about the extent of the integration between Twitter and AppleScript.

You can download or upgrade to version of 2.1 from the Mac App Store or through the online store. 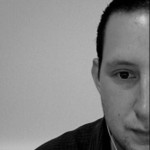