Yesterday, we reported on how Lulzsec had revealed that AT&T was already testing iPads on LTE 4G? Now it appears that their pricing for the new LTE 4G service has been leaked as well! 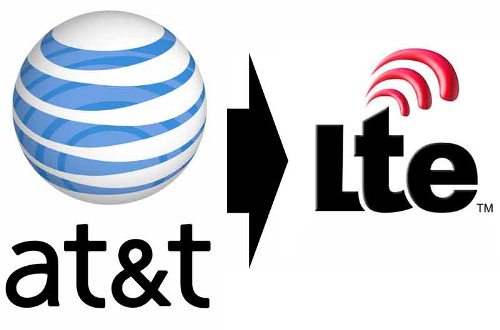 In what are supposedly complete details about AT&T’s proposed LTE data plans, it’s abundantly clear that when Apple decides to release an LTE iPhone, AT&T will be there, ready and waiting to scoop-shovel away massive piles of your cash, enforce ridiculous data caps, disgusting overages, and will throttle what little bandwidth you do actually end up getting to use.

$30 per month gets you 5GB of data, with 7Mbps download speeds and 3Mbps upload speeds. If you go over your data limit, not only will your speeds automatically slow down to 3Mbps down and 1Mbps up, you’ll also be charged a rather ridiculous 5 cents per megabyte you go over. If you go over more that 1GB, and your speed drops even further, and going over by 2GB sees your data getting turned off immediately.

There’s also a $60 per month plan available, which gets you 10GB of data at slightly faster speeds – 9Mbps down and 5Mbps up. Going over yields the same obscene overage charges, speed decreases, and eventual shutoff of your data plan.

Finally, the $80 data plan is the best value, and gets you 20GB of data with 12Mbps download speeds and 7.5Mbps upload speeds. Overage fees are still billed at the same stupidly high rate, and overages will still result in progressively slowed (and eventually halted) data.

To put the overage fees in perspective, streaming services like Netflix typically use about 1GB (1024Mb) of data per hour of streaming – watching an extra 90-minute movie once your data limit is up could cost you $76.80.

AT&T won’t suspend your cell plan for the overage charges, but you might wish they would at those prices. Oh yeah, and you can be sure that tethering the data you’re already paying for will cost yet an additional monthly fee.

Here’s a thought: If AT&T was really having issues with data-hungry smart phones, why would they release a 20GB data plan for their 4G LTE? Isn’t that just asking for a disaster? I don’t know anyone with an unlimited plan that uses that much data – hell, I don’t know of anyone that even uses 10GB of data… Was AT&T just pulling our legs about their reasons for canceling unlimited plans? I wouldn’t be surprised.

If this is all true, it’s extremely likely that I will refuse to use AT&T 4G. 3G speeds are good enough for me, and personally, I don’t want to be involved in the criminally stupid plans of AT&T to slowly rape the world of all its spending cash (for no reason, and without any real justification).

Keep in mind, nothing is certain. These plans are mere propositions which may or may not truly come to pass. But they sure do make me nervous – Could AT&T really reach such ridiculous level of capitalistic disregard for their customers that they really instituted overage charges that extreme? Hell, even the data charges are fairly high, considering the price they get their huge internet connections for compared to what they actually end up charging for Data.

What are your thoughts? If these plans are real, do they seem reasonable to you? Or will a full-scale consumer boycott be in order? Sound off in the comments!