With Apple having recently announced that the App Store has surpassed 15 billion downloads in just 3 short years, ZDNet’s Eric Lai decided to put the matter in perspective. As he illustrates, it turns out that Apple is selling apps 9 time faster that McDonalds sells hamburgers!

As Lai points out with the below graphic, illustrated by Sybase (click to expand into a larger version), it took McDonalds 26 years to serve 15 billion hamburgers to their customers, and it took them an additional 20 years to sell their 100 billionth burger. That means that Apple hit the 15 billion mark 9 times faster than McDonalds! 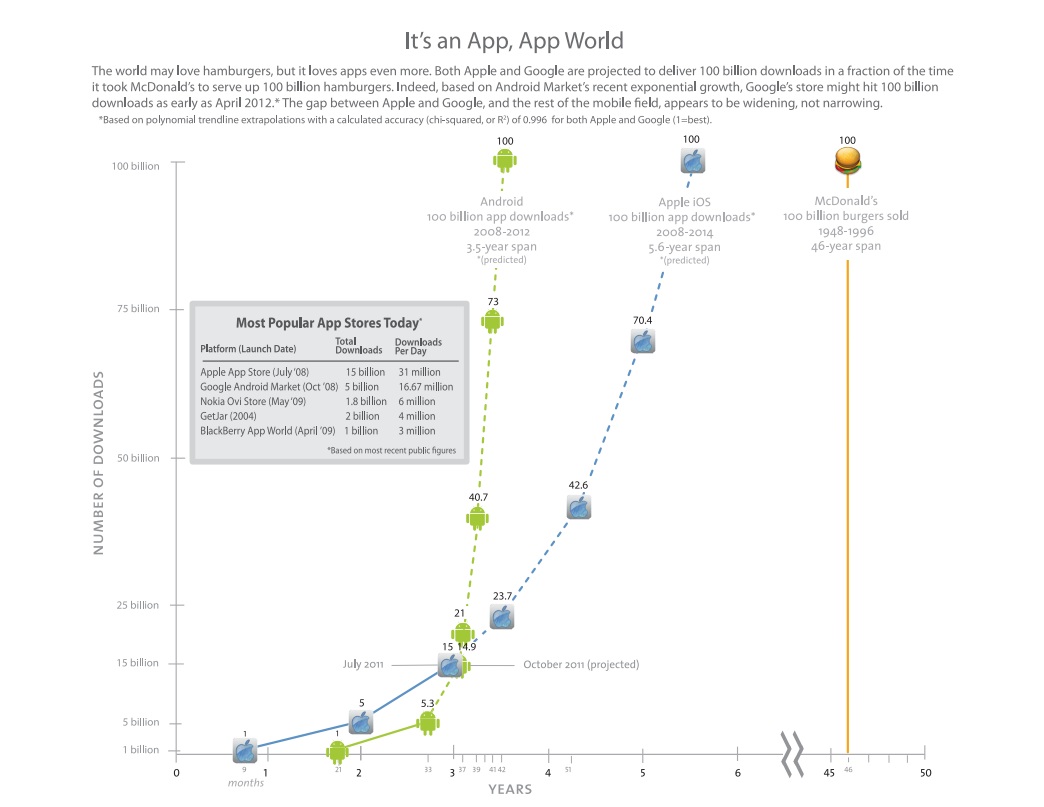 There you have it! While people around the world sure do seem to love their McDonalds hamburgers, it turns out that they actually love iOS apps more!