Following up on today’s earlier reports that Apple Stores have already received the final copy of Lion to install on the display machines, and that Apple is holding overnights at their retail stores tonight, a new report has surfaced indicating that a Euronics location has already begin displaying a new Lion banner in store. 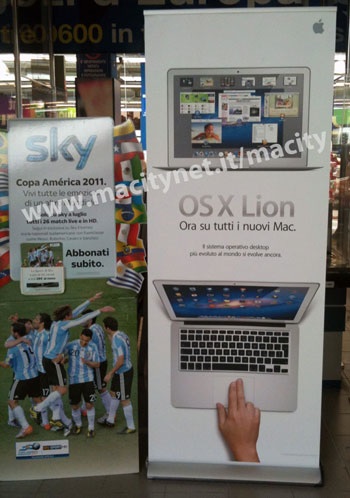 The report comes to us from Macitynet.it (already taken down), and the banners (as well as new table-top promotional materials appear to be highlighting the new multi-touch gestures and support found within Lion.

The new signage indicates that Lion is now on all new Macs, and invites users to take a tour of the new operating system by using the display machines at the store (which, as of yet, haven’t been upgraded to Lion). 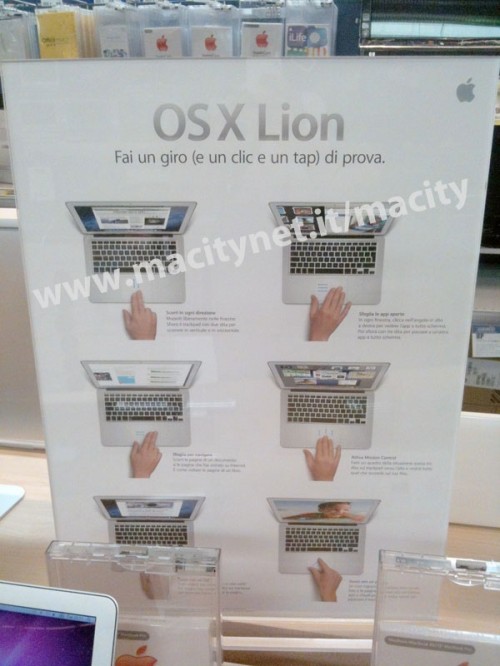 Further, new imagery showing App Store gift cards to cover the purchase of Lion have surfaced in a dutch retail store called Dixons, and provide a way to purchase Lion without a credit card, as well as making a great gift.

Add this to the today’s earlier rumors of Apple holding overnights with their retail staff (to change out promo materials, install Lion on display machines, and so forth), and you have a pretty convincing cocktail of notions all strongly pointing to a release date of tomorrow, as previously rumored. 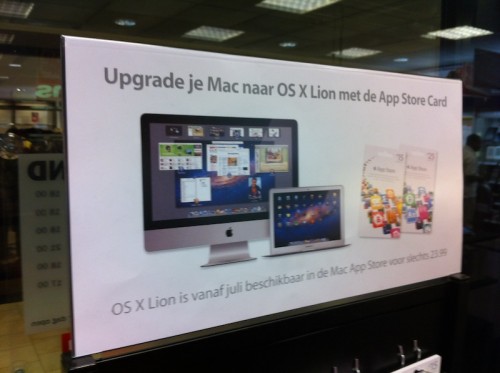 While it looks like the Macitynet.it report has now already been yanked due to a legal request, and the Euronics store has been asked to remove its signage, the word is already out. Personally, I find it pretty convincing. What about you?