There can be little doubt that Apple, with their vast cash reserves, recent stream of milestones, and exponential year-over-year growth, is a very valuable company. A new report from TechCrunch, however, indicates that Apple could soon catch up to Exxon Mobil to become the most valuable company in the world. 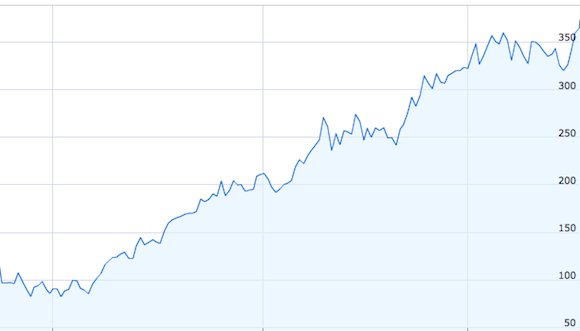 January saw Apple surging bast their $300 billion market cap to become the second most valuable company in the world, but they have a long way to go before catching up to Exxon. The good news, however, is that while Exxon’s stock has begun to stagnate, Apple’s stock and company value is going nowhere but up.

Currently, Apple’s market cap is just under $350 billion, while Exxon’s is just under $410 billion. In reality, the two are not far apart, and Apple is gaining ground fast. With the impending release of Lion, new Macs, a possible new Cinema Display, and a new iPhone (possibly supporting new carriers) and iOS 5 this fall, Apple’s continued rise in the midst of Exxon struggling could be all it takes to push them to the top. Apple could have a very real shot.

Apple’s market cap is now just under $350 billion. Meanwhile, Exxon’s cap is just under $410 billion. With momentum once again, Apple is gaining ground. And if, as expected, Apple’s beats the Street again tomorrow, the stock should go even higher — after stellar earnings last week, Google’s stock added about $20 billion in value. This all points to Apple having a very real shot at becoming the most valuable public company in the world in the fall.

Additionally, Apple’s talks of partnering with China Mobile could deliver a significant supercharged kick in the pants to Apple’s numbers, as it would open the device up to so many new customers. Further, talk of a cheaper iPhone, or a price-reduced iPhone 3GS, could further fuel Apple’s upward journey.

Of course, these are only few of the potential factors at play. The short version of the story is, don’t be surprised if, a few months from now, you’re reading a similar report to this claiming that Apple has just risen to the top and become the most valuable company in the world.