Apple has just seeded the newest beta of iOS 5 to its developers, iOS 5 beta 4. Apple is clearly working very hard to prepare for the prime-time release of iOS 5, and the new beta can now be downloaded over the air, and even over 3G!

The new beta carries a build number of 9A527d, and is available now. In addition to the OTA software updates now being active and available, other changes in the beta include better and faster performance, a host of general enhancements and bug fixes, and a much cleaner and more responsive feel.

For those interested in installing the update over the air, the update can be initiated by choosing General > Software Update in Settings. The new beta can also be downloaded from the Dev Center, as well as the new iTunes 10.5 beta 4, and the Xcode 4.2 Developer Preview. 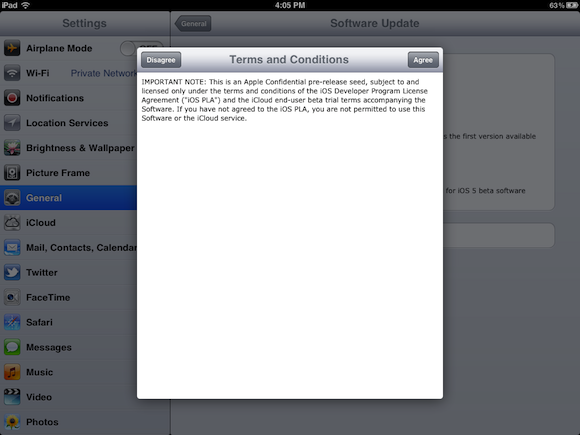 Another notable change is that wireless syncing has been enabled for Windows users in beta 4, although Apple also notes the OTA update will require you manually re-sync photos with iTunes. 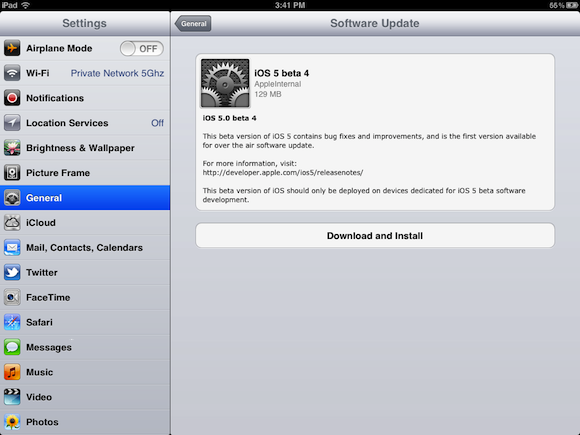 Further, the OTA update is a delta update, which means instead of downloading the entire massive nearly 800MB package, iOS simply downloads the pieces that are different, resulting in a much nicer 100-200MB. 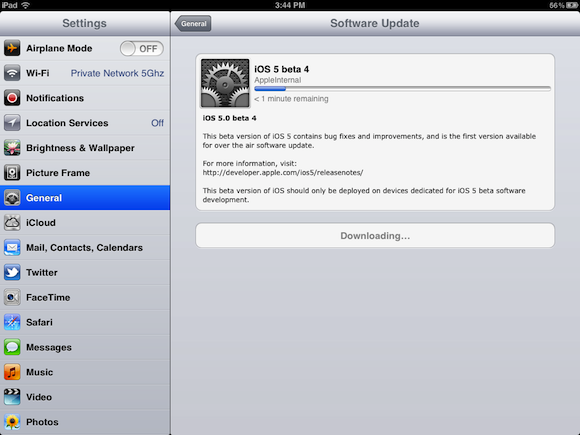 For more information, you can check out Apple’s entire change log. The full change log for iOS 5 beta 4 can be found here. 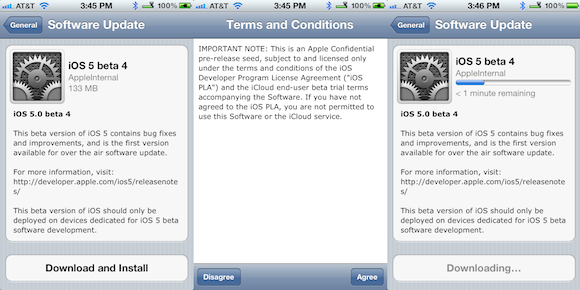 iOS 5 was announced on June 6 during Apple’s World-Wide Developer Conference, and will include all new notifications with Notification Center, iMessages, Newsstand, and Over-The-Air delta updates, a revised Game Center, and much more. You can read more about it here in the post we wrote last month after the conference keynote. Alternately, you can visit Apple’s new iOS 5 page.