I’m sure you’ve all heard the rumors regarding a possible release of a new iPad this fall. It’s easy to immediately write off such rumors as being simply ridiculous, but a new report from ThisIsMyNext suggests a new possibility. 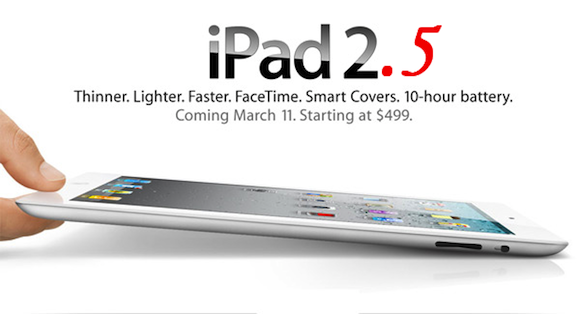 The report indicates that, rather than an iPad 3, Apple may release a version of the iPad 2 equipped with a Retina display alongside the iPhone 5. The device would reportedly be called the iPad 2 HD, and would not change the hardware of the iPad 2 significantly, but rather add in an option for people that desire a better screen.

This does make some degree of sense to me, especially considering the recent talks about Apple possibly releasing 1080p HD content on the iTunes Store this fall alongside a new A5-powered model of the Apple TV. Additionally, this wouldn’t insult current iPad 2 owners much, as their devices would still be largely the same, minus the 1080p-enabled screen.

The new device will reportedly be marketed as an addition to the iPad 2 line (think MacBook vs MacBook Pro), and would feature a resolution of 2048×1536, meaning that developers could simply 2x their graphics to support the new screen.

One thing to consider, however, is that, assuming that Apple largely used the same components as with the ipad 2, the battery life of this “pro” unit would be lesser, as the processor has to do more work to push content to twice the number of pixels.

I’m not sure exactly what to make of this rumor, but one thing I do know is that the idea of another iPad release this year now seems slightly less absurd to me than it did before.