According to a recent report, a new leaked iPhone prototype has surfaced that appears to be running on China Mobile’s cellular network. This could indicate that China Mobile will get the iPhone 5, which, with their over 600 million subscribers, would be extremely significant. 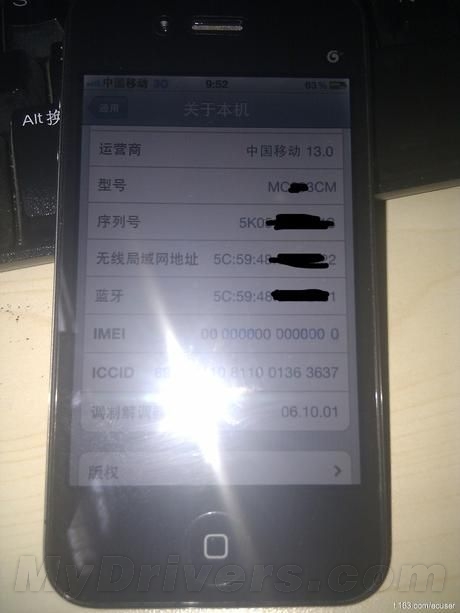 Currently, China Mobile does not offer the iPhone, due to their cellular network running off of a different wireless frequency that the iPhone doesn’t support. If this rumors is to be believed, however, that could all be about to change.

Up until now, no significant evidence has been provided to suggest that the iPhone would be coming to China Mobile – but this photo seems to be fairly convincing, and is certainly a bit more than we’ve had to go on in the past. The supposed prototype is shown running on China Mobile’s current 3G network.

Further, the supposed prototype seems to be running baseband software version 6.10.01, which has not yet been released, and the device also lacks an IMEI hardware identification number (which prototypes and evaluation units typically do not have).

This sure looks interesting to me! Your thoughts? Sound off in the comments!