Nuance, the geniuses behind the leading digital voice synthesis and voice recognition technology, have just announced a new iOS app called Dragon Go! (Free, App Store Link), which they consider to be the next generation of voice search.

With Dragon Go!, you can simply speak anything in your natural voice, and it will determine what you’ve set and present you the right tools to find the information that you are looking for. It can access other databases, such as OpenTable, so that you can do things like make dinner reservations right from the app just be speaking. It can even interface with Google Maps to provide driving directions! 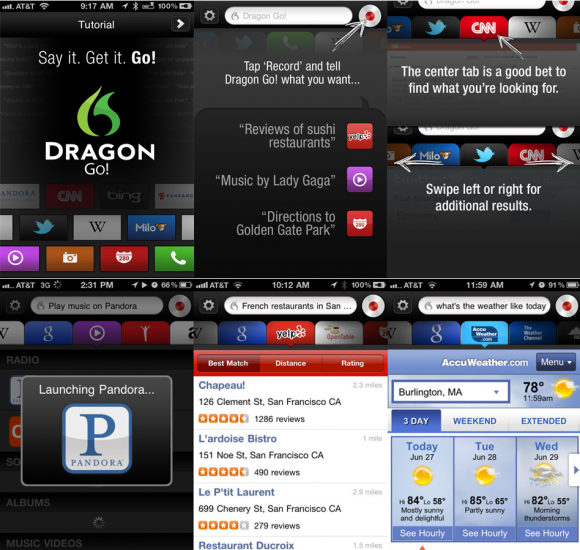 Further, the app is smart enough to allow you to direct your search to a particular site, so if you ask it to find a certain article in Wikipedia, for instance, it will only return results within Wikipedia.

In many ways, Dragon Go! is similar to the Siri app for iOS, which is also powered by Nuance technology, but Dragon Go! really takes things to a whole new level, and can direct you to other apps or even open up a Safari window rather than restricting you to the application’s interface alone.

Currently, Dragon Go! is available for free (App Store Link), but only works on the iPhone, and only in US English. I’d be thrilled if Nuance eventually released a multi-lingual and iPad-compatible version of this app in the near future – in many ways, it’s like iOS Voice Control on steroids. Check out the below promo video to see how it works!