Ever desperate to compete in a world that is quickly leaving them behind, RIM is said to be working on a media box for release this fall (codenamed BlackBerry Cyclone) to compete with the Apple TV. 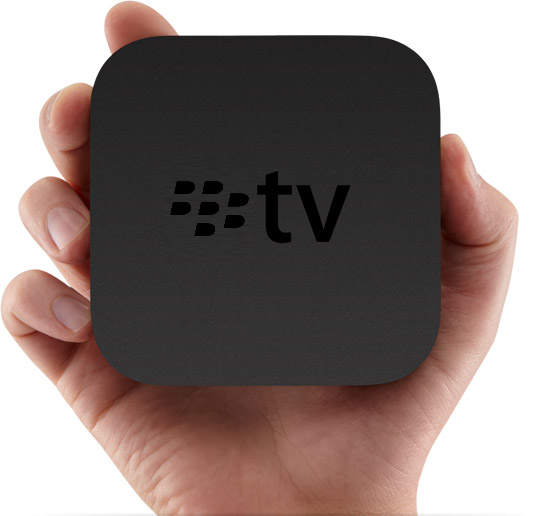 The report comes to us from BlackBerry news site NerdBerry.net, and suggests that the new hub, like the Apple TV, will connect to television sets and play streaming media from the internet. The box is rumored to have both Netflix and YouTube streaming, and will be able to stream media from devices connected to the same Wi-Fi network.

It seems a bit odd that RIM would venture into the television market rather than continuing to focus its efforts on smartphones and tablets, especially considering the relatively low success that Apple has had in this market (at least compared to their other products).

I’ll believe this when I see it. Honestly, I’m just not sure that the world needs yet another addition to the already vast selection of available set-top boxes, and I’m quite unconvinced that RIM can really offer a product that can really differentiate itself in this category.