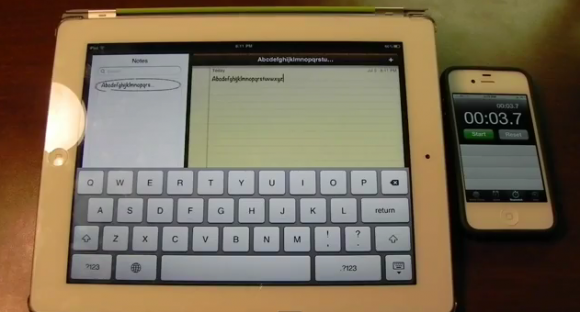 Eduard Saakashvili is the first son of The Republic of Georgia, and his parents, President Mikheil Saakashvili and first lady Sandra Roelofs are reportedly very proud of his accomplishment.

Eduard shaved a whole 1.05 seconds off of the record set in 2010 bu Charlie Joseph McDonnell on the iPad 1, whose accomplishment, oddly enough, was documented at a resort on the Black Sea.

Would you like to learn to type this fast on the iPad? Check out the below video to see it in action, and see if you can do as well!

So, there you have it! If you have no life and no real ambitions, go ahead and try to challenge his record! Your thoughts? Sound off in the comments!