Following an earlier MacTrast report detailing differences with Macs shipped after Lion’s release (and that they would be difficult to restore from hard drive failure or replacement), it appears that Apple has heard our cries. According to a new report, Apple will now be offering OS X Lion USB keys to customers that purchased the affected Macs. 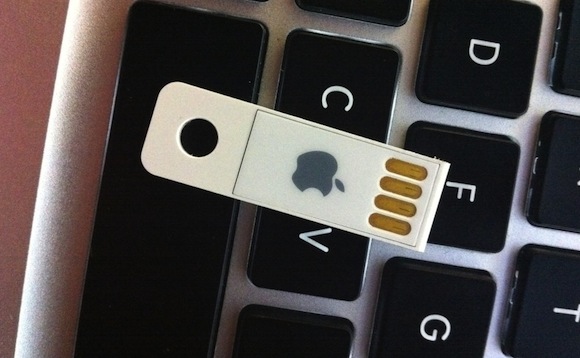 The main issue for these users is this: Apple no longer includes restore discs with newly shipped Macs, and only the new MacBook Airs and Mac Minis are capable of using the new Internet Restore feature. As a result, users that purchased any Mac besides the new Airs and Minis after the release of OS X Lion are left without an official and Apple-sanctioned way to restore their machines following a hard drive repair or replacement.

Fortunately, AppleCare has now apparently been stocked with USB restore keys for OS X Lion, and will be offering the new USB keys for free to affected users that call into AppleCare (just as I suggested they should do in my earlier report.)

This is particularly interesting because Apple previously wasn’t planning on making drives like this available until late August, to be sold for $69.

I had every confidence that Apple would respond to my report and do the right thing for their customers. In keeping with their tradition of excellence, and in providing exceptional customers service, Apple has done just that – and I couldn’t be happier about their decision. It is the right thing to do.

*Update 8/5/11: After speaking with Applecare and Apple Press Relations, MacTrast can independently confirm that Apple is indeed offering Lion USB restore keys to users that purchased a new Lion-preinstalled Mac without Internet Restore.

AppleCare is aware of the issue, and, considering that these users cannot simply download Lion from the Mac App Store, has trained their employees to walk callers through the following steps before sending out a free Lion USB restore key: