Among iOS 5’s cool new features that Apple announced in June is a new chat system called iMessage, which serves as a way to send and receive SMS-like messages between users of iOS 5. MacRumors is now reporting that Apple is preparing to add iMessage to iChat in OS X Lion. 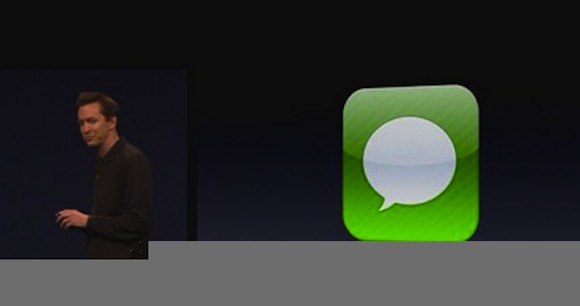 iMessage is a unified messaging service for iOS 5 users, allowing users to send text and multimedia message between the iPhone, iPad, and iPod touch without the need to use a text-messaging plan. The new service, which we explained in detail back in June, also includes cool features such as delivery receipts, real-time typing notification, and more.

One developer has provided the exciting news to MacRumors that Apple has already begin building iMessage support into OS X Lion’s version of iChat, Apple’s popular instant messaging software built into every Mac.

The following hidden code is buried within OS X Lion’s iChat framework, and we’ve highlighted the most important parts:

The “timedelivered” and “timeread” fields strongly indicate the delivery-tracking and read receipt features that Apple announced with iMessage in their WWDC keynote this June. These properties are not found in previous versions of iChat, but are integral parts of iMessage. MacRumors believes that the only credible reason for Apple to add these properties is that they plan to introduce support for iMessage into iChat.

This added support would make it much easier for iOS 5 and Mac users to quickly and easily send messages back and forth in real-time, and would make it easy to keep a conversation running regardless of which device you are using.

iMessage will be part of the final version of iOS 5, which is expected to be released in the coming weeks.