HTC acting president Martin Fichter recently presented some “survey findings” at the Mobile Future Forward conference in Seattle. According to Fitcher, the iPhone is no longer “cool” in the eyes of college kids. 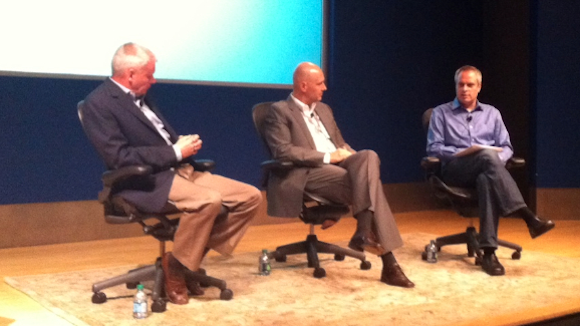 It’s a bold claim – the iPhone still seems to be “cool” enough to outsell any other handset in the US, and college students are often one of the most significant groups of Apple users by percentage. What’s more, Fitcher’s information isn’t exactly based on hard facts.

Fitcher has a daughter attending Reed College, where he conducted a “focus group” by casually taking to a few of the college students on his daughter’s floor, some of whom apparently don’t think the iPhone is “cool.” He then forms the hasty conclusion that college students in general don’t find the iPhone to be cool.

Not only is he committing a ridiculous logical fallacy there – that’s just not an intelligent and reasonable conclusion to reach after talking to a few students – he’s also shamelessly downplaying the popularity of the iPhone to make HTC’s own Android and Windows Mobile-based handsets look more appealing.

Fichter was quoted as saying the following at the Mobile Future Forward conference:

“Apple is innovating. Samsung is innovating. We are innovating. Everybody is innovating. And everybody is doing different things for the end consumers. I brought my daughter back to college — she’s down in Portland at Reed — and I talked to a few of the kids on her floor. And none of them has an iPhone because they told me: ‘My dad has an iPhone.’ There’s an interesting thing that’s going on in the market. The iPhone becomes a little less cool than it was. They were carrying HTCs. They were carrying Samsungs. They were even carrying some Chinese manufacture’s devices. If you look at a college campus, Mac Book Airs are cool. iPhones are not that cool anymore. We here are using iPhones, but our kids don’t find them that cool anymore.”

Indeed, it’s a pretty strange conclusion to reach after talking to a small handful of college students, who probably saw this as their moment to compensate for their lack of iPhones by making their own phones look a lot more interesting than they really were.

Do you think the iPhone is losing any of its “coolness” factor in the younger generation? I once talked to a small group of middle school kids who thought that the iPhone was extremely cool. Surely that’s enough “evidence” to counter Fichter’s absurd claim, right?