Adding even more fuel to speculation about the design of the next-gen iPhone, TiPb reports that iPhone 5 cases from Case-Mate may have already appeared in an AT&T reseller point-of-sale database. 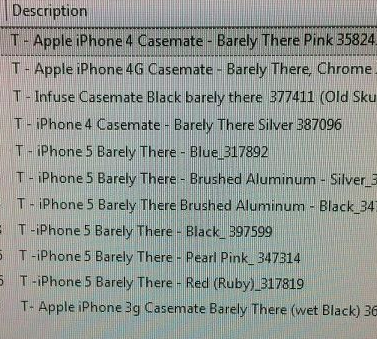 Cas-Mate notably leaked several iPhone 5 case images earlier this month, but it’s unknown whether these are the same cases reflected from that leak. It’s not hard to imagine case makers making prototypes or even producing cases on a hunch, or on leaked designs, but for cases to actually appear in a retail stock system is worth noting.